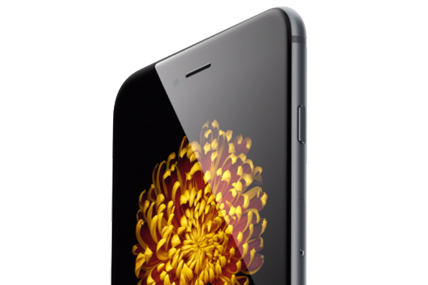 iPhone 6 share of overall smartphone sales in the US: 19%

The iPhone 6 represented 19% of overall smartphone sales in the US for the three months ending in November 2014. The second best-selling phone was the Galaxy S5, which captured 10% of smartphone sales.

Overall, Apple devices attracted more smartphone replacers (80.9%) compared to Android. Thanks to a wider price point and brand offering, Android saw 37.8% of its buyers acquiring a smartphone for the first time.

Apple's new models are not only selling well but also are satisfying their new owners. The iPhone 6 Plus registered the highest Net Promoter Score (NPS) in Kantar Worldpanel ComTech's survey, at 82.9, while the iPhone 6 scored 71.3. 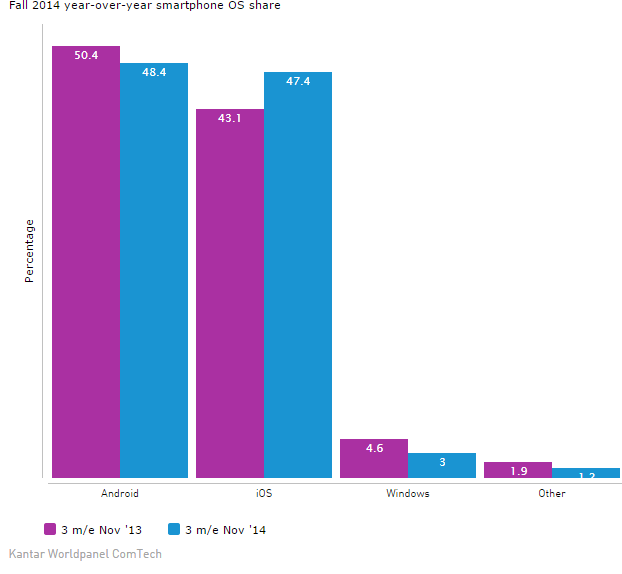 The duopoly that Apple and Samsung have achieved in the US is clear not only based on current sales but also on the intentions expressed by consumers about purchasing their devices in the future. Among smartphone owners looking to upgrade in the next three months, 51.8% said they would buy an Apple while 22.7% said they would buy a Samsung.

With 12.3% of iOS sales coming from Apple retail, it's easy to see how Apple's investment in delivering a rich in-store experience has helped the brand convert curious potential customers into engaged longtime owners.