Staying in the game in Vietnam 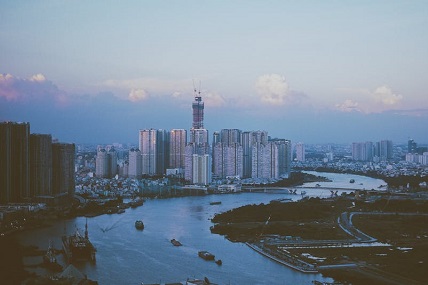 The FMCG market continues to perform strongly in Vietnam but fine-tuning will always be required.

In the context of improved economic indicators, the fast-moving consumer goods (FMCG) market performed better in both Urban 4 cities (Ho Chi Minh City, Hanoi, Da Nang, and Can Tho) and Rural in 2017. While the Urban market retained its momentum, Rural recovered slowly but is not stable just yet. As forecast, both the Urban and Rural FMCG markets posted growth of 5-6 per cent last year and this is expected to rise to 6-7 per cent this year. 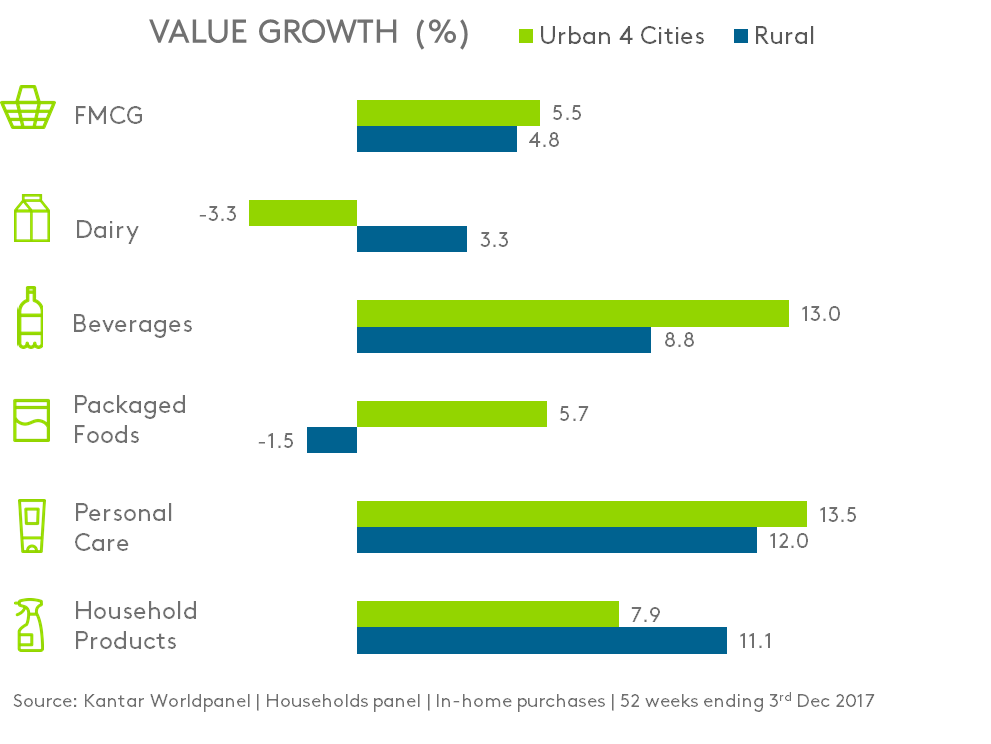 The beverage sector remained the driver of market growth. Together with the impressive performance of beer, which continuously posts double-digit growth, we are seeing recoveries in certain beverage categories, such as soya milk, carbonated soft drinks, and energy drinks. They have put more effort into regaining buyers with several activities and promotions, mostly driven by category leaders across the year. In addition, we also witnessed the development of hygiene products and personal care items in both Urban and Rural. This shows that Vietnamese people are paying more attention to their living areas as well as their individual needs. Paper products such as box tissues, toilet tissue, or household cleaners have expanded their consumer base. Consumers are more hygiene conscious and heading towards a healthier lifestyle. Earning more money, people also tend to focus more on themselves and their personal needs become more complex and sophisticated. In skincare routines, for instance, they adopt more additional steps such as make-up removing, deep cleansing, or deep moistening. This provides an opportunity for beauty care products such as cosmetic remover, cleansing oil, or masks.

In the meantime, the dairy sector is stagnant and the competition is fiercer than ever, especially in the kid’s segment. This market is struggling to innovate and identify additional consumption. Within packaged foods, necessities such as cooking oil and fish sauce are suffering from consumption declines. This could indicate a change in cooking habits and the manner of eating and drinking. However, snacking categories that bring people enjoyment have sustained healthy growth and still have headroom for further expansion by capturing the ongoing trend of self-indulgence.

Within the greater performance of the FMCG market, 2017 was a strong year for modern trade, which increased more than 10 per cent. Modern shopping channels - both big and small formats - are now growing ahead of traditional trade. Foreign investors eye Vietnam as one of the most attractive emerging retail markets. As a result, a range of M&A deals among “giant” retailers have taken place and more investment is pouring into the retail industry. The retail market will become more dynamic from this but the battle to win will be fierce. Today’s shoppers prefer to shop in different types of stores. Some have moved from traditional stores to modern formats, and a few from bricks-and-mortar stores to online platforms or even to new hybrid formats. We need to be ready and accessible to meet new shoppers. 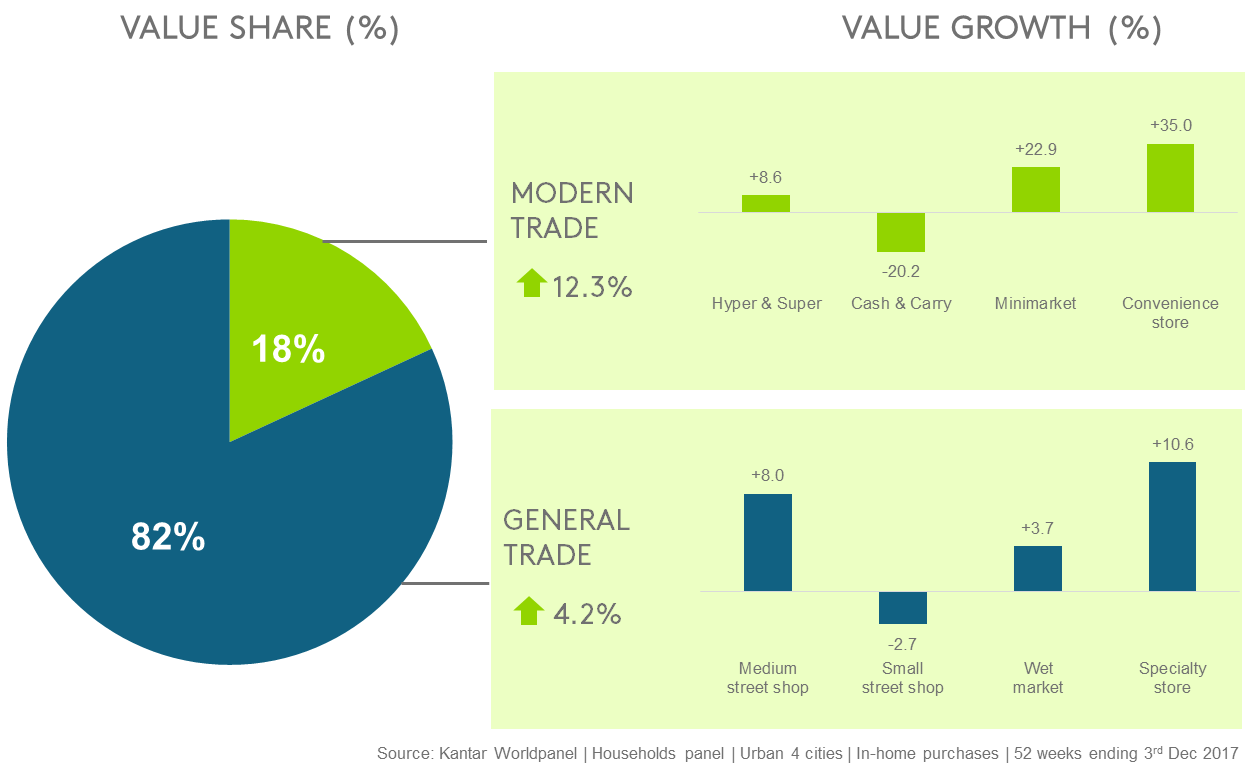