Dunnes takes the top spot in the run up to Christmas 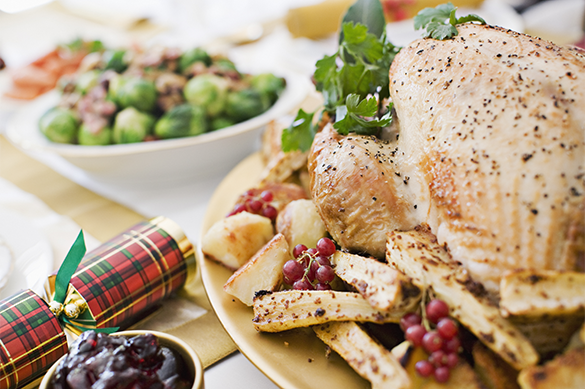 Dunnes held on to top spot despite stiff competition from SuperValu

Dunnes Stores has claimed pole position as Ireland’s leading retailer for the third consecutive period, boasting a market share of 22.4% in the 12 weeks to 2 December 2018.  The latest grocery market figures from Kantar show the retailer registered sales growth of 3.4% on last year.

Dunnes held on to top spot despite stiff competition from SuperValu, which saw sales growth of 1.3% solidify its position as Ireland’s second largest retailer, with an overall share of 21.7%.  Tesco’s slightly more modest growth of 0.3% means it remains in third place, with the retailer now accounting for 21.6% of the market.

Douglas Faughnan, consumer insight director at Kantar, comments: “Promotions continue to play an important role among the traditional retailers as they try to attract new shoppers and encourage customers to spend more in store.  SuperValu has performed strongest here, with the average value of a trip to the retailer increasing by €1.56 to €24.20 this period.  As preparations for Christmas accelerate during December that figure is only likely to rise.

“However, Dunnes’ long-running vouchering program means shoppers spend significantly more on each trip there than at any other retailer.  Dunnes’ average spend per trip of €42.60 is one of the main reasons the retailer has retained the number one spot this period.”

Elsewhere among the retailers, Aldi and Lidl were the strongest performers for the second consecutive period.  While the two traditionally rely on sales of private label products, both have made a clear effort to attract more shoppers by diversifying and increasing their branded ranges.  Brands now account for 12.1% of overall sales at Lidl and 9.2% of sales at Aldi, up from 11% and 6.8% respectively in 2017.

Overall, the grocery market grew by 2.9% in the latest 12 weeks.  This represents the strongest performance since the 3.1% growth rate recorded in July during one of the hottest summers on record.  With December typically being the most lucrative month of the year for the grocery market, this year looks as if it could set a new benchmark.  Last December generated €968.2 million for retailers, and all the signs so far indicate that this year Irish households will break the €1 billion threshold for the first time.

Douglas Faughnan continues: “The summer heatwave provided the grocery market with a solid platform for what could be a bumper festive period.  With Christmas Day falling on a Tuesday this year, this gives retailers one full extra day of trading to look forward to.  As the 25 December fell on a Monday last year, Friday and Saturday were the two biggest trading days for the major grocers.  However, with the big day coming on Tuesday this time around, we expect most households to do the bulk of their Christmas grocery shopping on the Saturday and Sunday – with extra sales on the Monday representing a welcome Christmas bonus for retailers.”