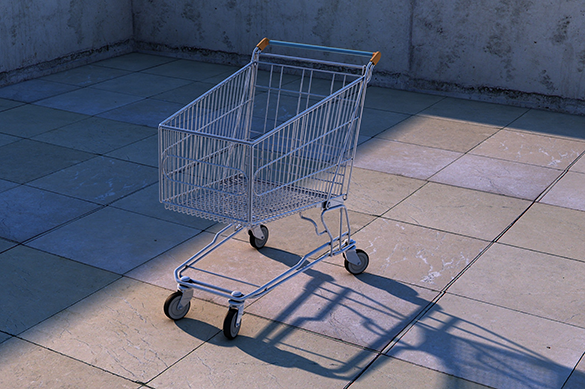 As Brexit continues to dominate the headlines, debate rages on about the implications of a hard border in Ireland.  The latest grocery market share figures from Kantar Worldpanel show the value of cross-border trade is at its highest level for five years.  Over the 12 months to 4 November 2018, shoppers from the Republic of Ireland spent €64.5 million on groceries in Northern Ireland.

Douglas Faughnan, consumer insight director at Kantar Worldpanel, comments: “Over the past year just over one in eight households from the Republic of Ireland made at least one trip north of the border to do a grocery shop.  That equates to more than 207,000 shoppers.

“While these excursions account for a relatively small percentage of each family’s supermarket visits – on average, eight out of 270 annual trips – they spend substantially more when they cross the border.  Shoppers from the Republic spent €38.50 on an average shop in Northern Ireland while the average spend back home is €23.70. This is likely to be because they want to make the extra effort worthwhile.”

Alcohol is the biggest attraction for shoppers looking for a cross-border bargain.  Douglas Faughnan explains: “Of the €65 million spent by Republic of Ireland shoppers in Northern Ireland over the past year, a quarter went on alcohol, adding up to just over €16 million.  No other food or drink category comes close, with dairy products accounting for the next largest share of cross-border spend, at 5.9%.”

The strength of the euro against sterling over the past two years has made cross-border shopping even more appealing, but there have been benefits for those spending in the Republic as well. Douglas Faughnan explains: “The cost of importing products to Ireland from Britain has fallen while goods made in Ireland with British ingredients have typically been cheaper to produce.  This has allowed retailers to pass savings on to their customers – vital in such a competitive market – and as a result grocery prices in Ireland have for the most part been falling since March 2017.

“However, for only the second time in 21 months, grocery prices have increased, suggesting the prolonged period of grocery price deflation may be coming to an end.”

In the four weeks of trading that preceded Halloween, the holiday generated an uplift of almost €30 million for supermarkets.  Consumers stocked up on supplies for parties and trick or treating and confectionery sales were up 4% compared with the same period last year.  Meanwhile, 17% of Irish households bought a pumpkin this Halloween, spending a collective €1.5 million on the seasonal vegetable.

Douglas Faughnan comments: “With Halloween wrapped up and the arrival of the much-anticipated Christmas TV adverts this week, Irish shoppers are already getting excited for the festive season.  In fact, more than 50,000 people had already bought a Christmas pudding by the 4November.”

Aldi and Lidl have had a strong start to the run up to Christmas, increasing sales by 5.5% and 4.3% respectively during the 12 weeks ending 4 November 2018.  This is the second consecutive period when Aldi has been the best performing retailer, a feat it last achieved in August 2017.  The grocer captured 11.7% of the overall market, with Lidl accounting for 11.7% of sales.

Dunnes improved on its 3.4% growth last period, with overall sales up 3.6%, ensuring the retailer remains in pole position as the battle for number one spot at Christmas intensifies.  Meanwhile, SuperValu and Tesco accounted for 21.4% and 21.3% of total sales respectively.