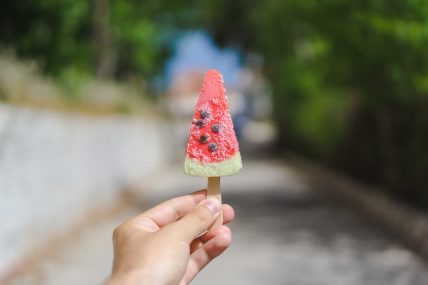 Despite an intensely competitive retail environment – with just 1.5 percentage points separating the market share of the three largest retailers – all the major Irish supermarkets have grown sales for the sixth period in a row.  This is according to the latest grocery market share figures from Kantar Worldpanel, published today for the 12 weeks ending 12 August 2018.

Douglas Faughnan, consumer insight director at Kantar Worldpanel, comments: “Though the retailers continue to jostle for market share, the grocers have all benefited from the spike in consumer spending as shoppers splash out more during the warm weather.

“It’s been a summer of indulgence for customers.  Alcohol is continuing to boom – overall sales of beer, wine and cider are up 10%.  Ice cream is also up by a third compared to this time last year – equivalent to an extra €10 million – and soft drinks sales have jumped by 13%.  The August bank holiday provided the retailers with another opportunity to cash in, with targeted advertisements and promotional activity directing customers towards specific categories such as fresh meat, fruit and vegetables and branded treats.”

Sporting events like the football World Cup and pop culture TV favourites such as Love Island have also had an impact on what shoppers are choosing to buy.  Douglas Faughnan explains: “Men’s skincare products and shaving soaps grew at double the rate of the overall grocery market, while sales of razor blades rocketed by 15% as Love Island enthusiasts were potentially inspired by the contestants’ hairless look.  Time spent in front of the TV meant shoppers spent less time on home cooking, to the benefit of frozen and chilled ready meals sales, which jumped by 16% and 6% respectively.”

For the seventh consecutive period Tesco is the fastest growing of the Irish retailers, with sales up 4.8% compared to this time last year.  Tesco is the only one of the three major retailers to witness a further decline in the average price paid per item, but this has been counteracted by shoppers spending more overall.  On average, customers spent an extra €21 this period as they visited the grocer more regularly and bought more items each time.

Holding market share at 22.0% and with sales up 2.4%, SuperValu is continuing to perform strongly.  Douglas Faughnan continues: “Musgrave – which owns and operates SuperValu and Centra – has continued its prominent sponsorship of the GAA All-Ireland Hurling and Football Championships, helping SuperValu stay at the forefront of consumers’ minds and contributing to its steady growth.  In particular, it’s performing well outside of its Munster heartland – in Dublin sales are up 3.6%, while in the rest of Leinster sales have grown by 6.2%.

“Meanwhile, Dunnes Stores’ overall growth of 1.9% has been buoyed by the success of its barbecue categories.  The retailer’s ‘Mix and Match’ promotion on its barbecue meat range, advertised in the run up to the August bank holiday weekend, helped to boost sales of chilled burgers and grills by a third.”

Aldi was the only grocer to experience a significant rise in shopper numbers, attracting an additional 40,000 customers through its doors.  The supermarket saw sales growth of 2.9% – helped by its popular ‘Swap and Save’ campaign – and upped its market share by 0.1 percentage points to 11.5%.  Lidl achieved sales growth of 1.9% to hold market share at 11.9%.