How to Break Out of Less Child Society? 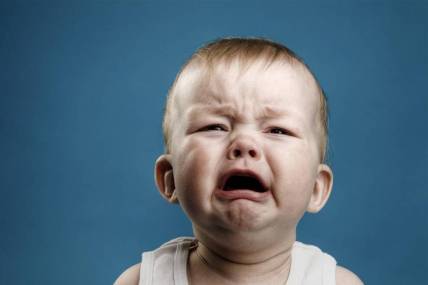 Taiwan, with less than 200,000 newborns a year, has become the country with the lowest-birth-rate in the latest two consecutive years. Based on past experiences, 2010 may break the historical record and be a year with the fewest newborns ever, influenced by the “Year of the Tiger”, a year in common Taiwan belief not to be favorable to have a baby, and also remaining influences of the Financial Crisis. Facing a shrinking baby pool, maintaining sales is the main issue for many baby category manufacturers. Some are anxious about the shrinking market while others are optimistic seeking opportunity for the premium market presuming parents will be willing to pay more money to provide the best for their only child. So what is the reality?

Long term observations of Kantar Worldpanel Baby show that parents’ average spending in baby market* (Note 1) has increased year by year. On average, a family with a baby in Taiwan spent around NT$20,000 on baby products in 2009, which is a 12% growth compared with 4 years ago. Though indeed some more mothers prefer to buy higher priced products, the main reason for increased spending is the inflation in product prices. It’s observed that spending on babies increased the most in 2007 when prices hiked seriously. Regardless of the reasons, we found that those families spend more tend to be above-30-year-old mothers and double income families. They have higher income and consumption ability than average, and are willing to or can afford more expenses on babies.

In addition to spending power, there are opportunities for different baby age, gender and the birth order in the family. According to Kantar Worldpanel Baby, because baby milk powder’s price especially infant’s formula, increased the most, so that families with 0~3 month babies or male babies who consume more increased their expenditure the most. On the other hand, 2~3 years old babies will spend higher due to more use of pants diaper which is more expensive in price than normal diapers, but their convenience does not deter higher spending. Moreover, the growth rate of spending for the first born baby is higher based on Kantar Worldpanel’s observation which reflects that novice parents would splurge more on their first born.

Consumer trends show that parents won’t save costs on their baby’s needs. Kantar Worldpanel Baby however detected that the growth rate of parents’ spending is lower than that of price inflation, indicating that some item must have been dropped or decreased from the parent’s basket. So what kind of product is most easily deleted from their shopping list?

Through Kantar Worldpanel Baby, we monitored that in the first wave of milk powder’s price inflation in 2007, parents first took non-staple food like baby cereal out of their basket rather than milk powder. The penetration of total baby cereal in 2009 dropped substantially by 20%, compared to 2006, due to the impact of a series of milk powder price inflation. This reflects the low necessity level of baby cereal – which can be substituted by other nutrition sources, inevitably being replaced within the baby households.

In fact, even the staple food (i.e. milk powder) also can not avoid from being replaced. During the second waves of milk powder’s price inflation, more mothers started to feed breast or extended the breast feeding period, and also made substitution by table food. It seems that in the economic downturn along with the government’s encouragement, mothers are more willing to endure the pain and inconvenience of breast feeding, and save spending on milk powder. However, at the same time, the diaper market still continues to maintain its steady growth unlike the baby milk powder market because diapers are essential for the modern mothers, who are never willing to switch to hand-washed diapers. As a result, mothers even purchase more expensive pants diaper for its far more convenience benefits despite the slump in the economy.

For Sustainable Development, it is Important to Establish『Hygiene Factors』and the dependency from Consumers

We learned from the baby market that the『Demand Level』is the key factor to survive in the competitive market. The categories which are more irreplaceable such as diapers have higher resistance toward elimination; on the contrary, those categories with lower essentiality such as baby cereal confront severe examination in the economic downturn. This phenomenon exists within all FMCG categories, so the key factor for sustainable growth is to understand consumers’ life style and needs, and develop a product which they will have infallible dependency towards.

Consumers may drop some products from their baskets again due to hiking prices of raw material recently. As a result, product managers need to develop a more complete and macroscopic sense of sensitivity towards market. Meanwhile, for maintaining a brand’s healthy growth, it is important to pay attention to the competition and interaction with other categories and prevent crowded out effect.