Who Is Next Star in Dairy Market? 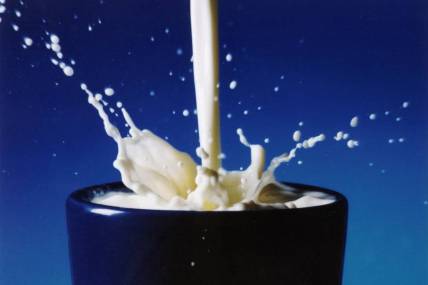 Dairy market is fiercely competitive. Not only do suppliers have to face seasonal supply limitation (summer shortage), they also have to make every effort to stand out in market. As a result, dairy market never runs out of topics. In search of every bit of opportunity, new initiatives come after one another. From liquid yogurt and high quality milk decades ago to recent flavored and functional milk, all sorts of new launch and commercial activities keep dazzling out. Kantar Worldpanel summarizes years of findings, in attempt to conclude what is consumer’s favorite, and where is next potential star in Dairy market.

Attention did not translate to constant purchase on Functional Milk

In summer of 2011, fresh milk dropped by 3% in sales volume due to limited supply of milk source. What is the solution to turn back sales? Fresh Delight and Kuang Chuan, in reaction to limited supply, launched functional milk. Aiming at ever stronger health trend, functional milk is expected to replicate the success of High Quality Milk decades ago.

With successful launches, functional milk did catch consumer’s attention. Functional milk made double digit growth in penetration and 5 times volume growth right in the quarter of launch. It is exciting triumph.

Health is always the priority. Cholesterol care and blood fat reduction got spotlighted. In help to that, oatmeal is highly rated. Starting late 2009, oatmeal market took off. Dairy suppliers smelled the trend. Ready to drink oatmeal/cereal drink was accordingly launched, in attempt to win over consumer through convenience. Campaign, media, activities were made to ensure successful debut. Cereal drink raised up in dairy market. Despite price was relatively higher, market penetration nonetheless jumped from less than 20% to 37% in one year, becoming one of the stars in dairy markets.

Cereal drink met the needs of convenience, efficiency, and health (especially white collars). However, it failed to win housewives who wanted price and value, in addition to health. Part of consumers believed soy milk worked no less on Cholesterol control, and yet price was only half (of cereal drink). In addition, consumer started to feel not much difference of the benefit claimed, after paying higher price for cereal drink. Cereal drink started to lose customers. That led to sale drop which led to less investment. Finally, the shining star stepped down.

Where did the lost consumer go? According to study from Kantar Worldpanel, part of consumer went back to instant oatmeal and another part went to soy milk which would do the same job with much lower price.

Based on Kantar Worldpanel, soy milk is one of the top 3 products in dairy market (following fresh milk and drinking yogurt). It has double-digit growth in the past 2 years. Although with limited marketing investment, buyer base and purchase quantity is not weak at all. Comparing to other dairy markets, soy milk is stably growing.

What worth mentioning is that despite consumer entering soy milk from cereal drink, soy milk with oat ingredient shows no sign of growth. Plain soy milk is what consumer wants. Consumer believes soy milk alone is good enough fighting cholesterol. Thus, it is redundant to add oatmeal. Perhaps after plasticizer incident, unnecessary addition is not a plus any more.

Perceived Value is the Key
According to Kantar Worldpanel, annual penetration of fresh milk reached more than 60% of TW households. It is healthy, natural, and almost a necessity. High perceived value stood behind price up these years. In contrast, cereal drink wins by health attention and consumer is willing to pay more. Once perceived value comes lower than expectation, it is hard to sustain sale. Soy milk on the other hand is old traditional drink for the majority.  Its blood fat reduction benefit enjoys free ride on health trend besides friendly price. Good sale performance therefore shows.

Learning from experience, price and claimed benefit are important factors for trial. Perceived product value, however, is the key to sustain price and sales.

In 2012, year of health conscious and price up, soy milk market is promising enough to enjoy growth. Fresh milk, the biggest within, faces challenge of supply issue. Solution to that will bring market toward prosperity.  How to find potential and opportunity for your product?  What target audience and channel is right direction? Contact Kantar Worldpanel, we will be very happy to bring more market insight and suggestion for you.