Brands battle hard to be chosen in Africa & Middle East 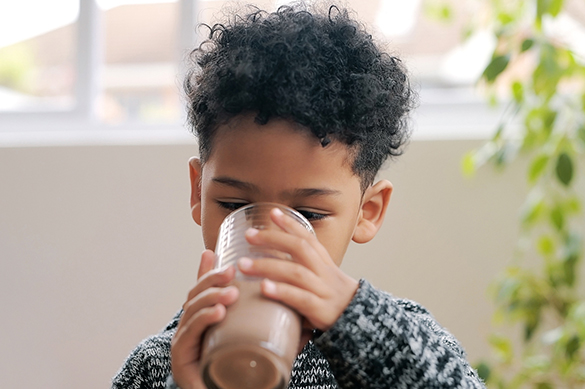 A decade of insights from Worldpanel’s Brand Footprint study confirms that increasing their penetration is by far the best way for brands to grow. Half of the Top 50 global most chosen brands have achieved growth during those 10 years; 88% through finding more shoppers. Consistent growth is hard, however, and getting harder: due to the rising population, a brand now needs 1.8 million more shoppers than they did in 2012, just to stand still. 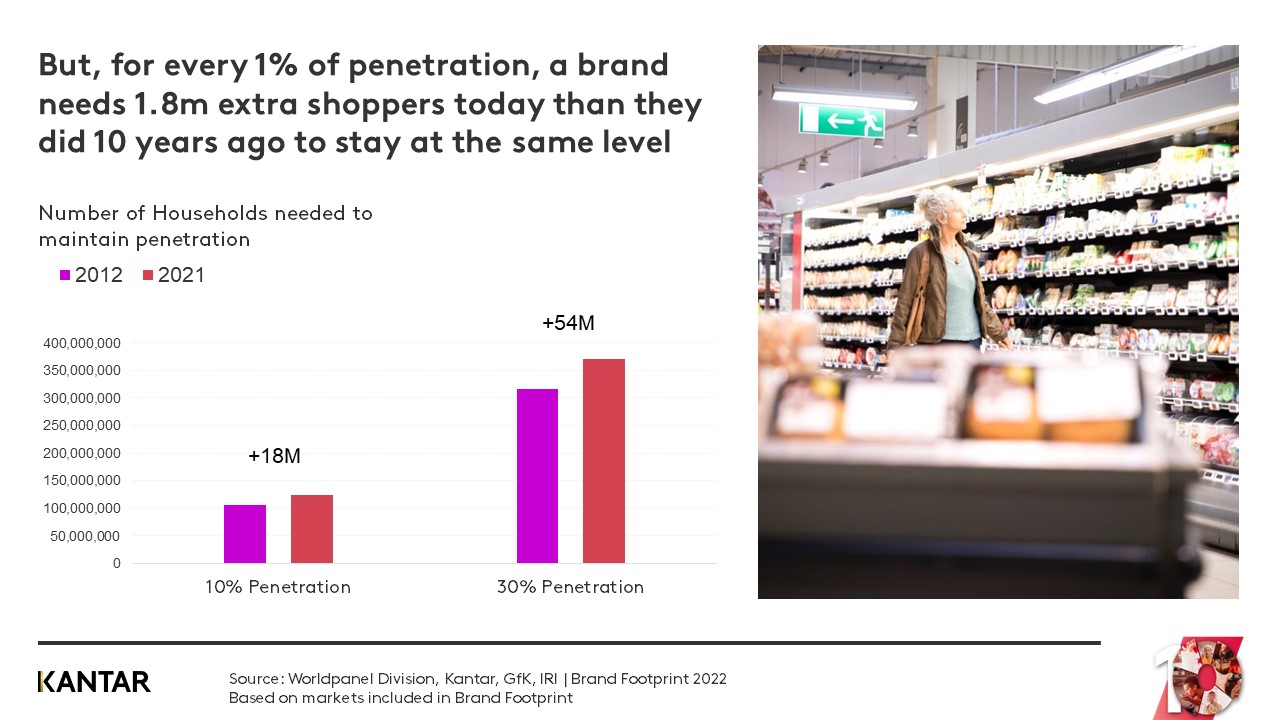 This story is reflected across Africa and the Middle East, where country by country the brands that have convinced more households to become buyers have climbed up the rankings.

In Egypt, the number of brands with a declining number of consumer reach points (CRPs) is increasing, as shoppers are limiting purchase frequency across most categories. Potato chip brand Chipsy is the country’s most chosen brand, bought by more than 97% of the population, but its CRPs have dropped by 6% in the last year.

Schweppes is one brand bucking the trend, gaining momentum on both penetration and frequency through effective communication using multiple impactful celebrities. It has entered the Top 20 most chosen brands at no.11, following a 4.4% boost in penetration which helped to drive a 24% rise in CRPs.

2021 was a challenging time for FMCG in Kenya, with the dairy and foods categories performing best.

The most chosen brand is Supa Loaf, which has penetration of 80%. The top gainer in penetration is local home care brand Ushindi, which increased its shopper base by 14.2%. Also standing out is global personal care brand Pepsodent (+8.9%), which reduced prices to make toothpaste affordable, leading to significant trial.

The top ranking brand in Morocco is food brand Jaouda, which reaches a massive 99% of households. The most chosen brands are in the beverages and dairy categories, reflecting the prominence of these products in Moroccans’ lives. Innovation has proved key to recruiting new buyers, with newly-launched Be! Biscuit and King Cookies brands both going from 0% to more than 50% penetration in less than a year. Both brands have been well-supported by communication in their retail channels.

Maggi is Nigeria’s most chosen brand, while seasoning brand Terra is the biggest winner in penetration, almost doubling its shoppers with growth of 92% across the year. This propelled it up 56 places in the ranking of the country’s most chosen brands. In total, 56 brands moved up the ranking this year, compared with 42% in 2020.

The opposite is true in Saudi Arabia, with 44% of brands growing their CRPs compared with 46% the previous year. However, there are more brands enjoying growth than suffering a decline (39%). Brands appear to have moved away from the tried and tested method of deepening penetration as the main growth lever; the results suggest they may need to re-examine their strategies.

Dairy brand Almarai is the most chosen brand in the Kingdom, with a 2% year-on-year drop in CRPs, while Nakheel has gained most shoppers (+6.9%). Nescafe has entered the Top 25 for the first time, gaining five positions and increasing its CRPs 9% following product innovation that enabled it to capture emerging trends and new occasions.

2021 was a turbulent year for the United Arab Emirates (UAE), with the number of brands that grew their CRPs cut in half.

Dairy brand Al Rawabi is the most chosen brand, despite a 16% decline in CRPs, while Marmum – also in the dairy category – has gained the most shoppers (+8.7%). The most successful brands pushed the pedals of both penetration and frequency. Global fabric softener brand Downy increased its penetration 13%, despite a decline in its category, and is now bought by four in every 10 households in UAE; they also buy the product more often.

If you’d like to further build your understanding of consumers across Africa and the Middle East, you can watch this presentation on demand, or speak to one of our experts. 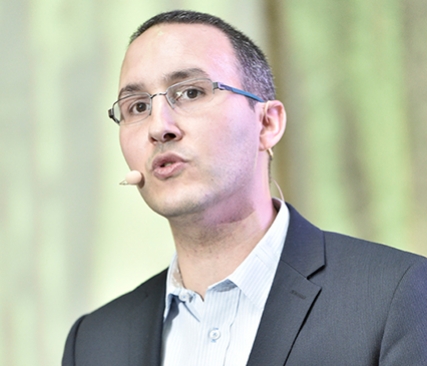