Butter sales up 16% as Brits get baking in lockdown 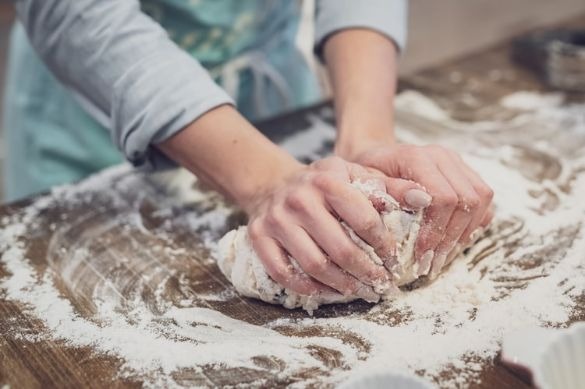 The last month has seen quite a change to grocery behaviours and habits. As shoppers settled into lockdown life, the grocery market grew at 9.1% (12 weeks to 19 April). Over the same period, the dairy market grew even faster at 10.7% compared with last year, taking £2.9bn of spend. Shoppers’ behaviour over the last four weeks reflected the lockdown measures in place, with people shopping less often and buying more per trip. This dynamic is consistent in both the grocery market overall and dairy specifically. However, over the past 12 weeks, frequency of purchase of dairy goods is still growing at 1.9% and shoppers are buying 6.9% more per trip than they did in the same period last year.

We have also seen shoppers remaining close to home, and sales in convenience stores grew over the last 12 weeks as shoppers turned to more convenient solutions. Both convenience stores and online retail attracted new shoppers albeit with mixed performance among these retailers. The top performers were Co-Op and Ocado, with the fastest growth out of the major retailers at 21.1% and 25.2% respectively. Co-Op has also seen the largest share change, up 0.6 percentage points. Nevertheless, the multiples continue to be the largest retailers in terms of dairy sales and contribute the most to growth of the category. That said, ASDA lost 0.7 percentage points of share and is growing slower than the market overall, at 2.9%. Its core supermarkets have taken a hit whilst the retailer’s online channel has been performing well. However, the retailer has no convenience channel to fall back on, in response to shoppers’ changing behaviours.

This period butter is the fastest-growing category, up 16.1%. Eggs, cream and cheese were also among the top-performers, all growing more than 15% compared with last year. Perhaps this could be a result of more home baking. Sales of sugar during the same time period were up 46% and butter, another staple baking ingredient, is likely to have followed suit.

We have seen the fastest growth in dairy produce coming from pre-families and families in the last 12 weeks, with the former spending 23.5% more compared with last year. In addition, younger and middle families have grown 15.2% and 15.6% respectively, with this a result of more children staying home as schools remain shuttered, and students moving home from university. These same demographic profiles are also the reason butter has grown so much; growth from four-member households remains the fastest at 29.6%, especially those households with two or more children.

Whilst most categories, except for fromage frais, are in growth year on year, promotions seem to have taken a downturn. Volume sold on deal has reduced from 16.5% last year to 14.6% in the same 12 weeks this year. This is because retailers pulled promotions from the market to ensure availability of certain items. Temporary price reductions seem to have been affected the most, with sale volumes down 7.6%. Most affected by this move were eggs, where deals were cut back 6.8%, but the category grew, but despite this, sales grew as eggs brought in new shoppers, up 10.4% compared with the previous year.

Keeping a close eye on consumer behaviours over the coming weeks will be key for grocery businesses as forecasting and scenario planning becomes more important during this disruption. Look out for next month’s data release where we see how behaviours change as some lockdown restrictions start to ease.