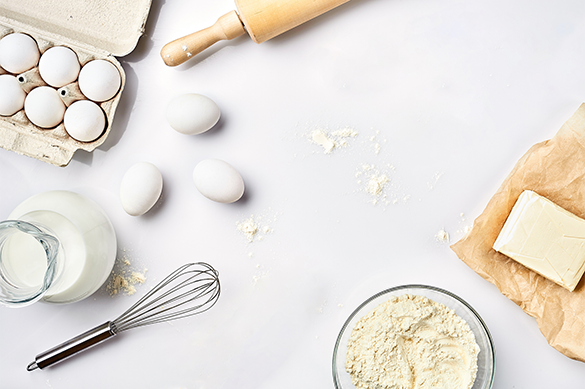 As in recent periods, growth in the dairy market has continued to ease, albeit by a smaller margin.  In the last 12 weeks the sector was up 1.8%, which is less than the 2.1% growth in the previous period. In contrast total grocery, along with the fresh and chilled sector, saw a slight improvement in growth.  Grocery is up 1.8%, from 1.5%, with fresh and chilled growing at 0.8%, up from 0.6%.

Almost all dairy categories saw a fall in growth compared to the last period, with the exception of cheese, which saw 12 week growth increase by £3 million, while cream and margarine saw marginal uplifts. Milk has continued to see a large reduction in growth, £5.7 million this period.

Proportionally the biggest slowdown in growth was £1.6 million in the fromage frais category. The category has been in decline for a while due changes in children’s consumption of yoghurt and fromage frais, but this decline has worsened in the latest 12 weeks. The majority of fromage frais decline is from lines sold through temporary price reductions (TPR), although non-promoted sales have also fallen. Decline is consistent across demographics but particularly strong for families.

For total dairy, full price sales are the only area to see a fall back in growth as TPR sees a marginal up lift and decline through Y for £X sales continue to ease significantly.

We do see some differences across the major retailers in in the latest period, with Tesco, Waitrose and Ocado seeing decent up-lifts in growth while the rest drop off. Aldi and Lidl had a combined £8 million reduction in their 12 week growth. The exception is fromage frais however where Aldi see some up lift and Waitrose the biggest drop off.

In terms of shoppers, there is a contrast across social classes with the more affluent shoppers seeing a £7.3 million uplift in sales while for the lower socio-economic groups there was almost no growth, a fall of £12.8 million. Most life stages see a drop off in growth with pre-family the first life stage for some time to see year-on-year decline in their dairy spend.