Chicken rules the roost as meat goes into the red 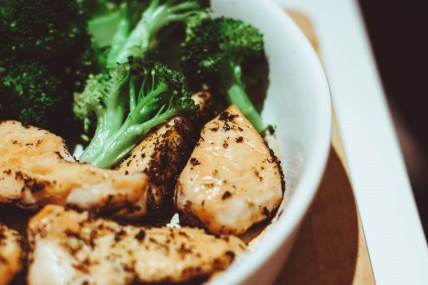 The latest figures from Kantar Worldpanel for the 12 weeks ending 13th August 2017 find chicken bucking the trend in primary meat, fish and poultry (MFP). While the category sees volume decline across the board, chicken is in growth of 1.5%. The versatility of the nation’s favourite meat is also reflected in a great performance in fresh processed poultry, which is growing volumes at 9% despite rising prices.

Chilled fish remains one of the highest inflationary markets in grocery, with base prices up significantly and promotional volumes falling. These changes are still holding down volumes, but driving value growth as prices increase rapidly.

Nathan Ward, Business Unit Director for MFP explains: “We’ve seen the fresh primary MFP category really suffer in the last few months as the dynamics of the category change, resulting in 1.7 million fewer shopping trips. The real driver behind changing behaviour remains the reduction of promotions which are down third compared to last year, now only accounting for 23% of sales. A significant part of this is less frequent use of temporary price cuts (TPRs) which are down 42%."

"Red meat is driving the year on year decline in primary MFP as beef, lamb and pork all lose shoppers and see fewer trips. In beef, roasts, steaks and mince are all in decline. Roasts also fuel value decline in lamb, with steaks and chops contributing to volume losses. In pork, losses are offset by price rises - up 9% on average- which mask volume decline and roasting joints and belly are seeing the strongest price rises – sending volumes into decline but value sales up. Shoppers are buying more pork mince, with the price differential to beef mince increasing to £1.25 per kilo – making it a good value alternative. Chicken is bucking the trend, with both volume and value increasing as shoppers pick up chicken on 1.1 million more shops. Prices overall are fairly flat in chicken, with promotions not down as heavily as other categories (-25%). Breasts and legs are driving the growth, with whole birds and crowns continuing to suffer volume losses.”

Ward continues “What we aren’t seeing is a wholesale move away from the market that some had predicted. Over the course of the whole year, the volume of protein purchased in take-home shopping baskets in Britain has risen by 1.6%, equating to an additional 26,000 tonnes of protein. The source of this protein is still primarily meat, dairy, bread and produce, but we have seen growth in markets like breakfast cereals and yogurts where higher protein variants have been launched. There is more competition to MFP as a source of protein, but the changes in promotions are having a greater direct impact on sales.”

The fresh processed markets are seeing a stronger performance, but this is not due to BBQ staples of sausages and burgers which are seeing volumes fall. Fresh processed poultry remains the best performing market, adding 750,000 more shoppers and 9.2 million more trips this year. The growth of processed poultry lines in BBQ deals has helped to drive sales, with the Americana trend also a positive tailwind. Where the category is excelling is offering a competitive price point and increasing promotions. Volume on promotion is up 9%, bucking the trend seen throughout the wider market.