Is a strong brand enough? 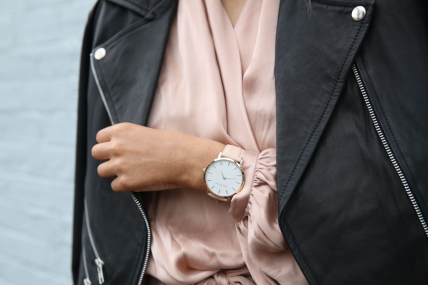 It is no secret that the fashion market in the UK is becoming more fragmented. Outside of the Top 10 British clothing and footwear retailers, none has more than 2% market share value. Furthermore, the Top 10 has lost nearly 2% of its share of the market in the past 5 years, reducing it to just 45% of the fashion market presently. As more players join the market and it becomes increasingly competitive, the question stands: In the current fashion climate, is a strong brand enough?

Brands, even established ones, are struggling in today’s saturated market. The recent store closures of Jaeger and BHS show that even established high street staples need more than brand power to weather the current fashion climate. This doesn’t just apply to British retailers, and is even more relevant to international retailers looking to the UK for new revenue streams. So what does this look like for US brands trying to break the UK market?

The current American fashion invasion of British high streets has been a dichotomy of successes and failures. The likes of Forever 21 stormed onto the UK fashion scene a few years ago, but began retreating as they closed newly opened stores in UK cities. Victoria’s Secret, on the other hand, has seen growth of 20% YoY as the brand continues to open stores.

On the whole, however, the US real estate is shrinking, with British shoppers preferring home grown brands. Nearly 75% of British clothing and footwear items are bought from British retailers. On the flipside, British shoppers buy nearly 20% of items from European retailers, more than three times the amount bought from American stores.

As shoppers become savvier to deals, price comparison and value for money, American retailers face tougher challenges such as passing on the cost of high store rents and US to UK supply chains to consumers. E-commerce is making the world smaller, and the result is that often shoppers are able to buy American retailers’ products cheaper on the American site than in-store in Britain. American retailers are also concentrating on London-centric flagships, which are not only incredibly expensive, but appeal more to tourists than the average British shopper. London shoppers, however, are actually not the most lucrative; they are ranked fourth in average highest annual spend per shopper, spending £758, behind Scotland, the North East and Lancashire. By only catering to these shoppers, an imported brand is virtually unknown outside of the capital and therefore bases its success on a select group of British shoppers.

While brand power is a strong asset to any fashion retailer, it may not be enough as shoppers become more spoilt for choice and are able to compare prices online. Retailers need to truly understand their shoppers’ habits and their position in the market to fight off competitors. As for American and European retailers that are selling in the UK, understanding British shopping is key. Raising their profile not just in London, but the country as a whole will be crucial as shoppers battle their desire for new items, economic trepidation and have an increasingly wide range of options when it comes to where to spend their cash.