Fashion market back in growth after 14 months 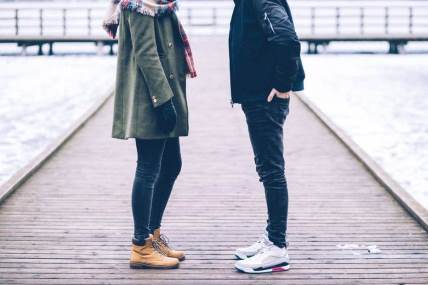 The British fashion market – covering clothing, footwear and accessories – has returned to growth, increasing by 0.2% in the 52 weeks ending 24 September 2017 according to the latest figures from Kantar Worldpanel. This follows 16 consecutive periods of decline dating back to June 2016.

Glen Tooke, consumer insight director at Kantar Worldpanel, explains: “For years we’ve seen heavy discounting and this created an atmosphere of mistrust: consumers felt clothing wasn’t worth its full price. Retailers have made a significant effort to address this by focusing on getting the value right from the off and as a result shoppers have more confidence in buying at the original price.

“There’s also been an increasing trend for transitional pieces like two-in-one jackets which are relevant for longer and so don’t need discounting as soon as the weather turns. Retailers are finally recognising that most shoppers aren’t after what’s ‘in season’ – partly because trends so often bear little relation to the British weather – and larger ranges and a more flexible approach to stock control are helping to break this cycle.”

Kantar Worldpanel’s latest figures show that fashion items sold at full price are now driving market growth – up 2.0% year on year. Full price sales have contributed an additional £483 million to the market since this time last year, while discounting is down 2.7% during the same period with 98 million fewer units sold on promotion.

Glen Tooke continues: “The market’s return to growth is welcome news but the industry mustn’t be complacent.  The 0.2% increase in sales is worth only £66 million and though it’s likely to continue improving with Christmas around the corner, retailers and brands will need to be proactive to guarantee growth in the long term.  Consumers may be buying more every time they shop, but at the same time they’re shopping less frequently – making two fewer visits per year on average compared to 2015

“For some time, retailers have been investing in improving the shopping experience – tapping into the trend for more experiential purchases with messaging around how fashion can contribute to a great night out or holiday.  They’ve also added cafés to make shopping more social; spaces which encourage personalisation and creativity; and new technology to add excitement to stores.  However, as consumers’ appetite for innovation grows, retailers need to keep thinking of new ways to stand out from the crowd.

“Ahead of Christmas there’s still Black Friday on the horizon.  In 2016 Black Friday fashion sales declined by 16% year on year as many retailers actively rejected the initiative, and the industry must be careful not to fall back into a pattern of discounting for discounting’s sake if it wants to see growth continue into the new year.”