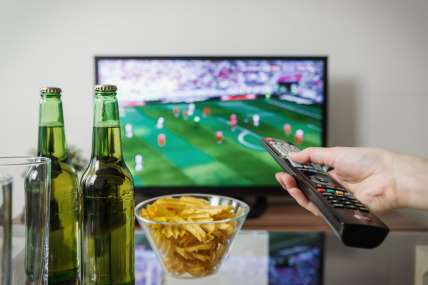 England’s success in reaching the World Cup quarter finals this weekend could generate £860 million of grocery sales on Friday and Saturday – a 5% uplift on usual figures, according to data from Kantar Worldpanel.

Matt Botham, strategic insight director at Kantar Worldpanel, comments, “We’re looking at an extra 1.4 million trips to the shops on Friday and Saturday.  Retailers need to make sure they’re prepared for the extra footfall on a stock and staffing level – long queues and empty shelves just before kick-off are unlikely to go down well with shoppers.”

“Alcohol will be the big winner – we’d expect sales to go up by a whopping 25%.  This would bring in an extra £26 million to the market in two days alone, and over 30% of the extra shopping trips made would include alcohol in some format.”

With Wimbledon overlapping with the World Cup and a number of British tennis hopefuls still in play, the alcohol sales increase is also likely to include more Pimm’s and sparkling wine than the World Cup alone would generate.  However, while the impact of the World Cup will be felt up and down the country, London shoppers account for the majority of incremental sales caused by Wimbledon.

Despite public support for the Three Lions from the opening of the competition, Kantar Worldpanel data also reveals that when it comes to dressing the part, the nation only puts their money where their mouth is once their team starts to perform well.  Consumers tend to wait for a win before they start buying England football shirts to ensure their purchase is a good investment – sales hit a high of £8 million when England was knocked out of the South African World Cup in the last 16 in 2010 but fell to only £2.5m in 2014, when the team failed to make it out of the group stage in Brazil.  With a quarter final performance this weekend sales of England shirts are likely to hit record highs – though could drop off a cliff if the team fails to make it to next Wednesday’s semis.