Dairy market slows down as growth of butter eases 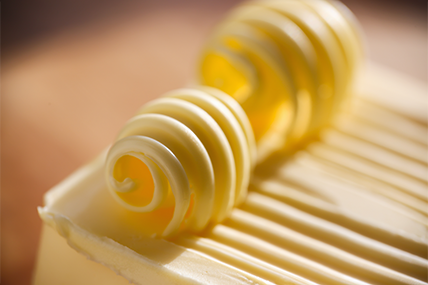 Growth in the dairy market in the 12 weeks to 17 June slowed down to 3.8% from 4.5% in the previous period. Despite this slowdown the market is still growing faster than the overall grocery market and fresh and chilled, which decreased down to 2.2% and 2.6% respectively.

The sector driving the decline is butter, accounting for £10.5 million of the £18.25 million less spent on dairy year on year. Behind this was milk, with growth down by £4.4 million, and margarine at £2.1 million.

Commenting on the findings, Oliver Bluring, Client Executive, Kantar Worldpanel, said: “The retailer which has seen the steepest decline in butter is Tesco, having gone from £4.1 million growth in the previous 12 weeks to losses of £1.6million. The Co-Op saw the next biggest drop off, losing out on £1 million of spend. This is echoed when you look at the performance of these retailers in dairy overall, where Tesco sees a fall of nearly £15 million and the Co-Op £3.3 million. Additionally, Ocado saw an easing of £1 million, a proportionally greater amount to the smaller online retailer”.

This slowdown in dairy comes through all life stages, though retired shoppers drive a considerable amount of the losses. When we look at social demographic groups, shoppers in lower-middle class and non-working families especially drive decline.

The fall back in butter sales have come through a mixture of both non-promoted lines and those being sold through the Y for £X mechanism. As temporary price reduction sales remain in marginal growth. When you look at the overall dairy market, the decline comes through all promotional mechanisms, though Y for £X more so than the others.