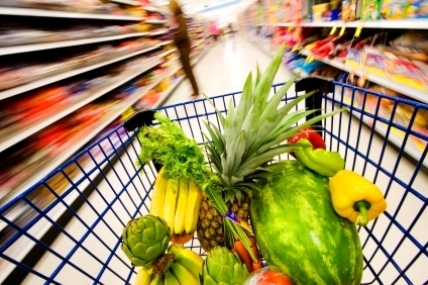 The latest grocery share figures from Kantar Worldpanel, published today for the 12 weeks ending 17 August 2014, show that grocery price inflation has fallen for the eleventh consecutive period, standing at just 0.2% – the lowest level since October 2006, when Kantar Worldpanel began this specific measure.

Edward Garner, director at Kantar Worldpanel explains: “Competitive pricing among the big grocers and deflation in the price of staple items such as vegetables, milk and bread has driven inflation down yet again. This naturally impacts on the overall growth of the grocery market, which has fallen to a 10 year record-low of 0.8%.”

Despite tough market conditions Asda, Waitrose and Farm Foods have all performed ahead of the market in terms of growth, with both Asda and Waitrose boosting market share to 17.2% and 4.9% respectively compared with the same period last year.

Edward continues: “Asda and Waitrose have achieved growth with differing strategies. Asda has pushed its “Price Lock” strategy to keep prices on everyday essential items low, while Waitrose is running competitive offers on home delivery alongside offers for myWaitrose card users allied to its overall quality and provenance positioning.”

Meanwhile, Aldi and Lidl have maintained their record shares of 4.8% and 3.6% respectively, mainly thanks to some 53% of households in Great Britain shopping at either outlet over the past 12 weeks.

With the exception of Asda, the big four are feeling the squeeze as Tesco and Morrisons shares remain under pressure, while Sainsbury’s has suffered a small drop in share from 16.5% to 16.4% as its sales growth lags behind the market at 0.3%.