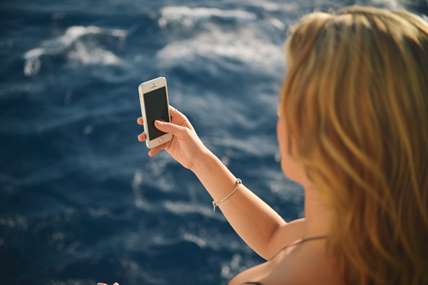 June doesn’t just mark the beginning of summer, but also the return of the television cultural phenomenon that is Love Island. Debuting this year to its highest episode viewing figures to date, Love Island continues to make its weekday splash. Those retailers associating themselves with the match-making show are naturally looking to captialise on its incredible popularity.

This season, Missguided is the exclusive fashion provider for the Islanders. Fans of the show can now shop what the contestants are wearing through the show’s app in real time. While the concept of shopping clothing from a show isn’t new, with retailers needing more than ever to target new audiences, is this a revenue stream that more retailers should be focussing on?

The latest Kantar Worldpanel fashion data shows that the online channel is growing year on year at 8%, while in-store sales are in decline. Mobile sales are the fastest growing area, up 62% YOY, and now account for one in five of all online sales. Looking to make the most of mobile is therefore a no brainer for retailers, especially those looking to target younger consumers.

For Missguided, a show like Love Island is a marketing match made in bikini-clad heaven. Looking to bring in new shoppers, the show allows the retailer to tap further into the ever-valuable under 35 market, which accounts for £12 billion of fashion spend each year. This group becomes even more important within mobile sales, making 58% of mobile fashion purchases, with this growing at 54% year on year.

But it's not just about preferred channels. When targeting under 35s, it is important for retailers to understand their attitudes in order to know how best to to appeal to them. Under 35s are 50% more likely than the average shopper to shop using interactive social media. They are also more than twice as likely to take fashion inspiration from social media. In terms of behaviour influences, celebrities heavily influence their fashion purchasing decisions with under 35s being two and a half times more likely than the average shopper to take fashion inspiration from stars. Lastly, this demographic is nearly three times more likely than average to keep its finger on the fashion pulse and loves to wear trendy clothes.

While only time will tell if the Love Island partnership will prove fruitful, this is just one example of how retailers can actively engage new shoppers where they are already spending time, instead of waiting for shoppers to come to them. With retailers now competing increasingly with offerings outside of their traditional fashion competitor set, it is crucial to convert shoppers while you have their attention. As shopper behaviour and engagement changes, retailers must innovate and modernise with them to stay top of mind. By better understanding shoppers' and target demographics' mindsets, media habits and shopping behaviour, fashion marketing teams will stand a greater chance of expanding their shopper base by genuinely appealing to consumers in new and engaging creative ways.

Find out more about our fashion service