No Christmas cheer for meat, fish and poultry 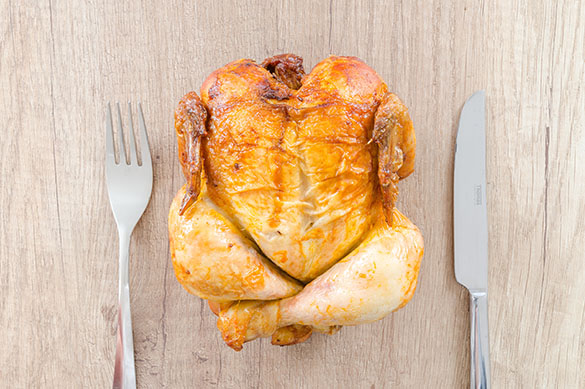 While Christmas may seem a distant memory as we move into January, our latest update looks back over the all important festive period. This year, the grocery market didn’t realise the growth which had been hoped for. The reality was that shoppers carefully cut back on the traditional excesses of Christmas, and the impact of this was felt in the grocery market overall as well as in meat, fish and poultry (MFP) over the 12 weeks to 29 December 2019.

Nathan Ward, Business Unit Director, MFP, explains: “Over the 12 weeks leading up to the end of the year, primary meat and poultry saw a loss of 15,000 shoppers year on year, but there was little sign of the meat-free Christmas that some predicted. Volume sales were flat over Christmas, but with changes in the contents of shopping baskets. Fish volume sales came under pressure, and red meat volumes fell back over the period. Chicken saw strong volume growth, but this wasn’t matched by value sales. Beef sales in value terms dropped faster than volumes, as increased promotional support slowed volume decline.”

The decline in beef was once again driven by shoppers buying fewer roasting cuts (-8%) and mince (-4%). Some 113,000 fewer shoppers picked up roasting joints year on year, and they were selected on 471,000 fewer trips. Beef mince has seen a steep drop off, losing 306,000 shoppers and 526,000 fewer trips, despite a relative resurgence in lamb and pork mince. Chicken remains in healthy volume growth, but increased promotions (22%) are subsidising some of this growth and holding back value sales. Chicken was picked up on 3.6 million more shopping trips this year - attracting 127,000 more shoppers, demonstrating the fact its buyer base is making more frequent trips. Breasts, legs and wings are driving the volume growth, but all find value growth harder to come by as the prices fall.

Ward continues: “Lamb and pork are seeing the strongest declines, but for different reasons. Lamb lost 380,000 shoppers this year, with roasting joints down overall (-2%), but growth from shoulder joints offsetting some of the losses from lamb legs. More concerning were the steep losses in lamb steaks (-14%) and stewing cuts (-20%). Steaks continue to lose shoppers - 515,000 fewer year on year - as promotions are down by two thirds this year. Empty nesters and retired shoppers are the shopper groups which are propelling this decline, but all life stages are buying less. Stewing cuts see a stronger value decline as prices fall faster than volume sales, but there’s still 280,000 fewer trips. Pork has seen 2.9 million fewer trips this year and is attracts 660,000 fewer shoppers. Leg (-15%), loin (-4%) and shoulder (-17%) roasts are all down, with chops (-9%) and steaks (-16%) also seeing a strong decline. Overall, pork is seeing much less promotional support than other meats, with 32% less volume sold on promotion this year, making this a key factor in the decline of the key cuts.”

Ward continues:  “Fish has also seen a change in fortunes with volumes down over the last 12 weeks driven by added value products which are usually stronger over the festive period. Added value saw 55,000 fewer shoppers, and decline from smaller shopping trips. Less affluent shoppers drove the decline, so this was potentially driven by budget constraints. Smoked fish saw volumes sales increase and value sales decline as salmon grew through more promotions (+17%) which pushed down averages prices by 57p per kg. Shellfish saw strong growth with prawns the source of growth, but lobster and scampi also on the rise.”

With Christmas done and dusted, we enter an interesting time for the category. The buzz around Veganuary is stronger than ever and is supported by significant NPD in all of the big retailers. Will this be the year it moves further into the mainstream? We don’t expect to see an immediate sea-change, but join us in four weeks’ time to find out what the impact has been this year.