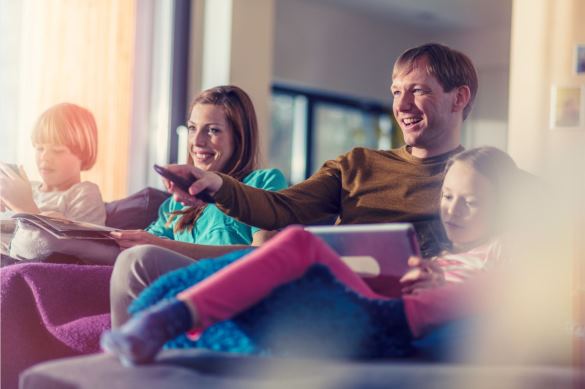 Sam Causley, analyst at Kantar Worldpanel, comments, “Marvel’s Spider-Man on the PlayStation 4 was a massive coup for Sony.  The game sold more copies in the first two months of its release than any PlayStation 4 exclusive in history suggesting its extensive marketing campaign was well worth the investment.  With Sony teasing fans in October by confirming that it is working on a fifth version of the PlayStation, it will be interesting to see whether future titles can replicate the game’s popularity.  Although this new console isn’t expected to launch until around 2020, the manufacturer will hope that the start of the countdown will generate more excitement around its games, rather than stunting sales of its current products.”

Among the retailers, Amazon had the most success cashing in on new releases this quarter.  The online giant increased sales of brand new games by an impressive 60%, helping to grow its market share of the total entertainment sector by 1.8 percentage points to 23.2%.  This has widened the gap between Amazon and its closest rival, HMV, to almost five percentage points.  Sam Causley elaborates, “Amazon’s success was driven primarily by under 35 males, who accounted for £3.9 million of the £7.9 million growth.  This is unsurprisingly a core demographic for video games, but if the retailer works harder to reach more audiences it could improve its performance even further.”

Outside of the pure play retailers, Sainsbury’s had a strong quarter in home video, increasing its share of the DVD and Blu-ray market by 1.7 percentage points.  Despite this, the number of impulse buys of video products has dramatically fallen, translating to a loss of £18 million to the category compared with the same period last year.  Sam Causley continues, “While it does represent a stark loss, retailers could choose to see the drop in impulse purchases as a sign that they should focus on attracting more browsing shoppers.  The video market is a great opportunity for retailers to engage with fun, experiential marketing techniques.  By making aisles and displays enjoyable to explore, supermarkets can appeal to consumers who aren’t just looking to grab what they need and go.”

“These sorts of campaigns appeal beyond a title’s regular fan base and are often discussed on social media and through word of mouth.  For example, one in 10 who bought Deadpool 2 were aware of its experiential marketing campaign which saw a pop-up version of 90s video store Blockbuster open for two days in Shoreditch.”

In the digital market, the UK remains a strong source of growth for Netflix.  The number of people who had access to an account with the streaming service in the month to 23 September increased by 31% compared with the same time last year.  This was faster growth than its closest competitor, Amazon Prime, which registered a 24% increase in the same period.  In music, those with a subscription to streaming services reached an all-time high and these are now held by 16.3% of the population.

For physical music, the milestone release of Now That’s What I Call Music 100 was a significant boost for retailers; the centenary edition of the classic compilation series sold almost twice as many copies as its predecessor Now 99.

HMV experienced market share growth for the second consecutive period, increasing to 28% and overtaking Amazon to become the largest physical music retailer.  HMV was boosted by sales of the Mamma Mia 2 soundtrack and will be hoping the film’s multimedia offer will provide a continued uplift, as Sam Causley explains. “As was the case with the release of The Greatest Showman earlier this year, retailers will be hoping that the strong performance of the Mamma Mia 2 soundtrack will translate into positive sales for the film when it is released on DVD and Blu-ray.  Combined with the release of Cher’s album of Abba covers, Dancing Queen, this could mean that the Swedish pop sensations have a noticeable impact on the entertainment market in the run up to Christmas.”

Read more about our entertainment service