The weather rather than Brexit impacts MFP sales short term 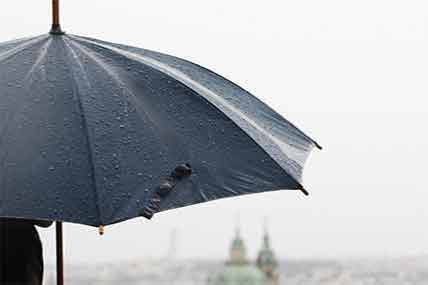 Political events and poor weather in the last few weeks has prompted economic concerns and speculation as to the impact on Grocery and the MFP performance. We believe that the weather, rather than Brexit uncertainty, is most likely to impact MFP sales in the short term. The 2008 financial crisis saw the category remaining resilient despite the economic upheaval of the times.

Chilled Fish and Chicken experienced value growth in the latest Meat, Fish and Poultry (MFP) figures from Kantar Worldpanel for the 12 weeks ending 19th June 2016. Nathan Ward, Business Unit Director for MFP explains “Chicken continues with it’s impressive value and volume growth, first highlighted last month, but most other markets encounter limited or declining value growth.” Chicken Breasts are the largest sector and are key to the growth. Breasts are experiencing significant deflation as volume grows at 12%, but value only grows at 4%. The falling prices are not driven by promotions, as we’ve seen base prices dropping and stimulating 840,000 more shoppers to buy Chicken Breasts this year.

Ward continues “Chilled Fish has seen long term price inflation as value grows ahead of volume. Shoppers are becoming more adventurous and branching out into more niche and expensive categories, also driving up average prices” .The category is attracting significantly more shoppers over time, with 625,000 more than last year, with Shellfish vital to shopper growth. Shellfish and Natural Fish are behind average price increases, as more expensive species gain share in the category such as Sea Bass, Tuna and Prawns.

In Red Meat, Beef value is fairly flat, but that hides variation across the cuts, with Steak and Mince vital to the positive category performance. Mince was heavily affected as we’ve seen a pull back on 3 for £10, but increased promotional activity and falling base prices have stimulated volumes. Steak is seeing healthy growth, with 390,000 more shoppers, buying more often and paying a higher price per kilo as promoted volumes decrease.

The weather hasn’t helped the market either, we were hoping for high temperatures and the start of a great summer, but have had to settle for low levels of sun and higher levels of rain. The poor weather, and potentially (in England) the football, have been holding back BBQ volumes. Sausages continue to see falling volumes, but Burgers have seen small volume growth.
We hope that in 4 weeks time we will be able to report a summer heatwave, and see improved sales across the board.