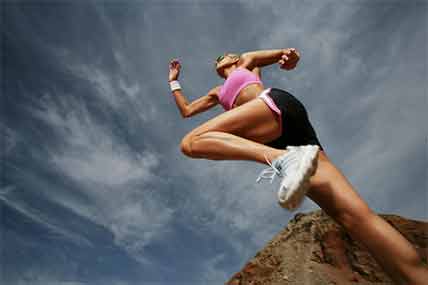 Not since the emergence of women’s skinny jeans, has a trend taken off in the luxury and high street markets that has staying power quite like activewear. Activewear, or “athleisure” as the fashion press has dubbed the movement, appeals to all ages, transitioning their wardrobes from the gym to socialising and work all in one go. As the fastest growing women’s clothing category, activewear is now worth £267m growing by 50% in the past 4 years.It is little wonder why so many key high street retailers, are looking to grab their slice of the pie by releasing their own activewear lines, capitalising on the soaring popularity of the trend.

The latest Kantar Worldpanel data shows that activewear has grown 13% year on year. The category performance is benefiting from growth across all KPIs, but is being driven by increased frequency and new shoppers continuing to embrace the trend and embed gymwear as a key part of their wardrobe. Collectively, both KPi’s have added £20m this period year on year.

While all age groups are aiding activewear growth, the main driver is the Under 35 age bracket. While over 55 year olds make up 33% of the activewear market, they account for half of the spend of Under 35 year olds who consist of 31% of the category. Under 35s are growing 12% year on year in the category and are massively overindexing at 3.1% against the total market in the more expensive price tags.

Glen Tooke, Kantar Worldpanel’s Consumer Insight Director of Fashion, comments: “The fact that Under 35s are driving the activewear market growth is the reasoning behind the explosion of high street retailers releasing athleisure ranges. They are not just behind the trend, but investing in pieces too, which helps retailers justify the price points for limited edition or celebrity endorsed ranges. It is also benefitting from this age group returning to the market after seeing shopper losses in Under 35s earlier in the year.”

Tooke goes on to say: “The retailers who have had success in their activewear ranges are the ones who have paid attention to fit and value for quality, rather than just following the trends alone. This is why the likes of Ivy Park, sold at Topshop, has done so well compared to other high street retailers who rushed out lines to bring in new shoppers and drum up press attention.”

This pricing contrastis reflective of retailer share changes- those that appeal to the price conscious activewear shopper as well as the quality driven shopper. Despite Sports Direct having a clear hold on the womens activewear market with 19% share, the retailer saw share losses of -1.7% driven by shoppers dropping the retailer from its repertoire. Meanwhile, Primark, ranked third, gained +1.0% share appealing to shoppers attracted to the retailers low prices- the average price of activewear at Primark is £6.02. Conversely, JD Sports, ranked fourth, is on the opposite end of the market in price, appealing to shoppers looking for expensive branded sportswear from the likes of Nike and Adidas.

As activewear grows in the market and continues embed itself as a clothing staple in womenswear, retailers would be wise to understand activewear consumers as a different beast than their average womenswear shoppers. With shoppers stressing fit and price and investing more in activewear, retailers have an opportunity to not only sell their ranges into their current shopper base, but attract new shoppers if they can get the balance correct.