Why 2018 is the year Brits went vegan 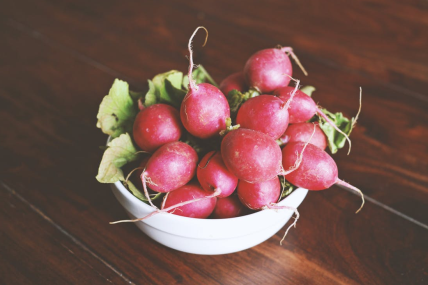 As Brits start 2018 with the best of intentions, it’s difficult to escape mentions of Veganuary – the challenge to eat meat and dairy free for the month. And with Tesco launching its own vegan range “Wicked Kitchen” in early 2018; it seems this is the year plant-based diets have hit the mainstream.

But why have we now decided to try a diet which until recently would have seemed restrictive or even unhealthy – even for a month? A look at consumer behaviour over recent years shows that taking the plunge for Veganuary might not be such a stretch for consumers after all, and for many could be a natural result of changing attitudes towards our health.

Insight from our Usage panel shows that consumers are already increasingly choosing to eat meat-free dinners, potentially making the jump to veganism less daunting. 29% of our evening meals are veggie, and this has grown consistently over the past few years. The biggest spike has been over the past year, during which we ate an additional 200m meat-free evening meals.

Usage expert Richard Allen explains “The surge in vegetarian evening meals over the past year is down to the wider availability of products which make eating meat-free more attractive and practical. Our ideas about what’s healthy are also changing – we’re more focussed on foods that are natural and less processed and eating a varied diet. High profile celebrities and social media influencers are also raising awareness and promoting eating less or no meat as a healthy lifestyle choice.”

Again, according to our consumption service, entirely vegan-friendly meals* are also already on the rise – we ate 87m more of them over the last year than in 2015.

The impact of these changes can also be seen in the products we're putting in our baskets. Meat-free products, like Quorn meat substitutes, are growing strongly, with shoppers spending an additional £30m on these year-on-year. 50% of spend on meat-free is going on "meal centres" like sausages and burgers - showing we're increasingly putting these at the heart of our meals.

"Free from” milk and cheese are in double digit growth, and attracting new shoppers. Free from milk is up 10% year on year, and dairy alternative cheese has grown an incredible 80% over the same period, putting its value at £17.8m**.

Rachel Knight, consumer insight director, added: “Not only are we seeing more people buying free-from dairy products, those who do are picking them up more often, suggesting they are becoming more of a staple in shoppers’ baskets and a trend that’s here to stay.”

As we reported last year, “free from”  ranges are being bought by a wide cross section of shoppers – not just those on particular diets -  as they’re seen as a healthier choice.

Meating in the middle

But as ever, when looking across the whole population, no one story fits all, and the rise of vegan and vegetarian diets does not necessarily mean consumers are moving away from meat overall.

In fact, fresh meat and poultry had a strong year in 2017, with the volume sold growing faster than can be explained by population growth (1.8% vs c1%).

Nathan Ward, business unit director for meat, fish and poultry, argues therefore that talk of us abandoning meat altogether is premature: “One dynamic we’re seeing is that shoppers are trying to find ways to cope with rising prices and falling promotions. A jacket potato and beans might be an easy (and vegetarian) midweek dinner, but consumers may also be motivated by other factors such as saving money.”

Read more about our usage service