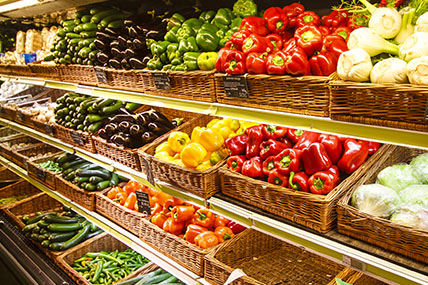 The latest figures from Kantar Worldpanel show that in 2016 the French FMCG market grew at its slowest rate in four years. Last year FMCG value increase by just 0.2%, compared to a high of 1.5% value growth in 2015. The sluggish growth of 2016 comes despite a successful festive season, which saw FMCG value increase 1.5% in December 2016.

Kantar Worldpanel reveals that, although the socio-economic conditions in France have not favoured FMCG growth, the slowdown is reflective of a more long-term trend: a need to consume more responsibly, and consume less but smarter.

Gaëlle LeFloch, strategic insight director at Kantar Worldpanel, explains: “There have been a number of incidental factors which have contributed to the slowdown, starting with the weather. With a very mild winter and a summer that came too late, the weather-sensitive markets have paid a heavy price. The opportunity for categories such as cola and fresh drinks to capitalise on hot temperatures was very short. There were also the strikes and blockades in May, causing fuel shortages and discouraging some people in France from going out shopping. Added to this, flooding and the fear of terrorist attacks have also had an impact on the Paris region and central France.”

The media is driving behaviour change

However, some categories are paying a particularly high price for the changing behaviour of French consumer. For instance, French consumers are drinking less alcohol, they are consuming less bread and fewer animal products, especially read meat. The ever more frequent ‘food bashing’, a position adopted by French media outlets across TV, radio and newspapers, is amplifying the pace of behaviour change. Other basic products such as milk and dairy produce have been influenced by media negativity.

Health and beauty gets depriositised

Other factors are also at play. The health and beauty market is facing the challenge of value creation but also the new challenge of less frequent buyers. Health and beauty products are increasingly deprioritised by the French. This is a slower but long-term trend, as they tend less towards sophistication and more towards natural products. This is being driven by changing consumer habits, such as long hair for women which is washed less often and beards for men which removes the need not just for razor, but for other facial products. The trend is especially seen among younger consumers and millennials.

Gaëlle LeFloch, continues: “We are seeing increasingly profound changes in food consumption behaviours linked to new lifestyles, with a growth in meals eaten outside the home and fast food eaten on the go. In parallel to this, the composition of meals at home means consumers are now more focused on the main course with increasingly fewer meals that include a starter or a dessert.”
The most striking feature in the slowdown of French FMCG is perhaps that value growth has also been dragged down by price wars that the retailers continue to wage. Deflation, instead of driving people to buy more, allows consumers to buy different, better and more premium products. In other words, the French price wars are enabling consumers to increase the value of what they buy. This uptrading is recorded across household type and by families of all affluence levels.

Lidl continues its rise as it recorded the strongest increase in the market share in December, with 0.3pt, an increase equivalent to its average growth for all of 2016. This brand, which made the biggest investment in TV advertising in December, continues to attract huge numbers of new shoppers. It added +350,000 new homes compared to December 2015 and its customers’ shopping baskets are also worth more (+60 centimes).

Groupe E.Leclerc gained 0.2pt and achieved 21.0% in December and gained 0.4pt over the whole of 2016, with market share of 20.7%. By the end of the year, it had the strongest customer loyalty and, in particular, more sizeable baskets (+40 centimes), two key factors that allowed the brand to remain on the up.

Groupe U has continued its positive momentum and won market share for the sixth consecutive period. Groupe U’s market share is now 10.4%; it gained 0.1pt this period.

Online grew 0.6pt in December and now commands 5.4% market share. In the fourth quarter of 2016, more than 4.5 million French homes bought FMCG via the internet (16% of homes) and spent more than third of their budget on this channel. However, this is almost solely spent through the uniquely-French Drive concept and is dominated by young families who seek convenience and control of their spend.

The growth of online is even stronger than that of Convenience, which increased 0.2pt of the market share in December and now holds 6.4%.