Black Friday: Is it deserving of all the hype? 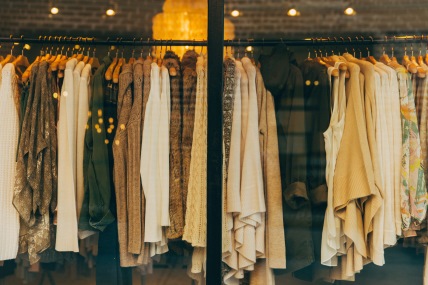 Like courgetti, Uber and green juices, Black Friday has now become embedded in the British cultural landscape rivalling the shopping frenzy of Boxing Day sales. While retailers attempt to shout louder than their competitors to entice consumers with discounts galore, the true story of Black Friday is a little different in reality. The latest Kantar Worldpanel data* shows that Black Friday 2016 was affected heavily by the current fashion market decline and that Black Friday may just be a device that is causing consumers to shift their spend earlier in the year.

With the dour perception of consumer confidence, threats of inflation rising and the drop in the British currency, it is no surprise that the retailers were up against it in the run up to Black Friday, competing in a market that has seen its worst decline in seven years at -5%**. The numbers clearly showed; fashion consumers spent £202 million on Black Friday last year, a decrease of £30 million since 2015, matching the sales of the first ever Black Friday event in the UK in 2014. This was driven by volume decreasing, with shoppers buying -11% units vs last year.

For many shoppers, however, the heavy discounts were a way for them to trade up to fashion retailers they would not usually buy at full price with the average price per discounted item increasing on Black Friday. In 2016 the average price item was £16.84 vs £17.31 in 2015, a decrease of -2.7%. Despite the decrease in price year on year, it is important to keep in mind that the difference in price between the discounted item and the full price item is still an incredible £5.16 per average item purchased. Compared to the annual average, there is only a £1.87 difference between the average full price and discounted item price.

What is most surprising about Black Friday sales is that branded fashion is not driving sales. Branded fashion sales account for only 25% of Black Friday sales. While this is an increase of 2.6% since last year, it is only slightly above the total market average annually at 22.7%. Glen Tooke, Consumer Insight Director in Kantar Worldpanel Fashion, says, “The proportion of branded sales sold during Black Friday are in line with the market average, proving that shopping behaviour does not fundamentally change even though advertisements that bombard the public in the run up to Black Friday may seem otherwise.”

While the actual sales figures may be disappointing news for retailers, the online channel is proving a force to be reckoned with on Black Friday. Online may have its own retail day, Cyber Monday, but online sales on Black Friday are becoming increasingly important now accounting for 36% of Black Friday total sales, an increase of 4% from last year. Unlike branded sales, online sales spike on Black Friday, with the market average showing online accounts for 24% annually.

Black Friday may continue to be a staple in fashion retailers’ calendar, but it will always be an important weekend for retailers regardless. Falling on payday weekend for most of Britain, the last weekend of November kicks off the Christmas season shopping lasting Friday to Monday, with retailers hoping to entice consumers all weekend, not just on the Friday anymore.

Instead of concentrating on flash sales and highlighting the hype around the Black Friday event, retailers should keep in mind that the entire weekend is incredibly important, as long as it does not deter shoppers from spending money in December as well. In comparison, retailers who did not participate in Black Friday were not hurt by their decisions, raising the question – Is Black Friday really all it is hyped up to be?