Adele bucks the trend in the UK 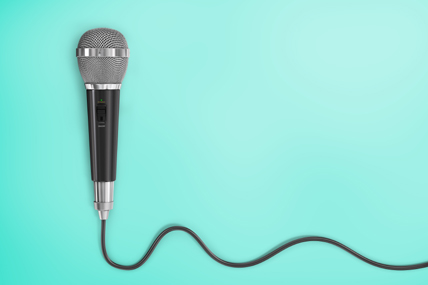 Video games gave the high street a welcome boost in the run up to Christmas.

The latest data from Kantar Worldpanel, for the 12 weeks ending 20 December 2015, shows video games gave the high street a welcome boost in the run up to Christmas. Although the games market remains in decline – down 3.5% year on year – it performed well ahead of the total physical entertainment market, which declined by 11.6% in the latest period. The high street reaped the benefits, with bricks and mortar stores taking 68% of spend on physical entertainment in the final quarter of 2015, up from 62% last year.

Only the success of Adele’s latest album was enough to compete with games’ performance, with 25 seeing off competition from the likes of FIFA 16 and Call of Duty: Black Ops III to become the most popular physical entertainment title to give as a gift this Christmas. 25 is the first music title to take this top spot in five years, with its absence from streaming services encouraging even more customers to buy the CD as a gift. It also tempted shoppers back to the market: despite only being released in November, 25 was the first physical music purchase of 2015 for over a third of those who bought the album during its debut month.

Next generation games – for PlayStation 4 and Xbox One – have been the primary driving force behind the slowing decline for the games sector, bringing £100 million to the market and an additional 1.5 million shoppers year on year.

Fiona Keenan, strategic insight director at Kantar Worldpanel, explains: “Although the games market saw a spike immediately following the PS4 and Xbox One launches in late 2013, it has taken a couple of years for console ownership to become more widespread. It’s really only in the final quarter of 2015 that this has resulted in significant gains for both the market and retailers, as gamers increase their spending. Gifting of these products has also jumped as a result, up by just over 40% on last year.”

“The high street physical entertainment market has really been able to monopolise on the opportunity provided by new generation products – GAME has hit its highest entertainment market share in five years, while Tesco and Argos have both hit peak fourth quarter shares in the same period.

“Even though Xbox One and PS4 are now well established, for those who don’t own a console themselves buying games remains a relatively confusing prospect. GAME and Tesco took 51% of next generation gift sales compared with 46% in the final quarter of 2014, showing that shoppers are keen to get face-to-face advice before they make a purchase. This is a great opportunity for the likes of GAME, which can offer the expert help and advice that online retailers can’t.”

Amazon has maintained its share of both video and music sales from last year, but losing out on games spend to the high street has reduced the retailer’s overall share of the market by over three percentage points, to 20.7%.

Elsewhere, the incredibly strong performance of cinema in 2015 came at the expense of new video releases, with the category experiencing its biggest losses since 2012. Fiona Keenan comments: “Physical video may have struggled last year, but the video release of Star Wars in 2016 will no doubt be a welcome boost for the physical video market. Over 60% of cinema-goers from the opening weekend of The Force Awakens intend to buy the movie once it’s released – more than double the average blockbuster.”