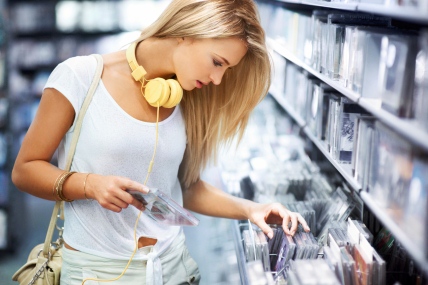 The latest data from Kantar Worldpanel, for the 12 weeks ending 28 September, shows that Amazon has continued its strong growth across all areas of the physical music, games and video markets. Its sales are up 4.9%, while its share now stands at an impressive 22.5%.

Fiona Keenan, strategic insight director at Kantar Worldpanel, explains: “Amazon has continued to push forward and is enjoying its highest ever share since taking 25% of the market in the last quarter of 2013. This success bodes well for its Christmas performance where it will be trying to capture spend from the 18.6 million consumers who will be shopping for entertainment products in the run up to the festive season.”

“Amazon’s success is representative of a general shift towards online shopping within the entertainment sector. Thanks to the rise of connected devices – 71% of individuals now own a smartphone and 57% own a tablet – this is a shift that we expect to continue. Amazon’s range of Fire tablets has given it another platform to promote its offering directly to consumers, and it appears to be working as 15% of entertainment products sold on its site are purchased on a tablet.”

While Amazon surges ahead, the second largest group of British entertainment retailers, the supermarkets, have felt the effect of a quieter year. All of the grocers have lost market share compared with the same period last year, with the effect of their strong sales performance of Grand Theft Auto V in 2013 a key part of this. The supermarkets accounted for 53% of the blockbuster game’s sales and without its success their share of the games market this year has halved.

Fiona continues: “Despite aggressive pricing strategies on this year’s smash hit game, Destiny, the supermarkets have been unable to take back share. Leading video games retailers Amazon and GAME have performed strongly selling 54% of Destiny copies. The supermarkets haven’t also been helped by increased competition from Argos, which has maintained its impressive performance in the video games sector, posting an 8.6% share, pushing it ahead of Asda for the first time ever.”

Meanwhile, the DVD and Blu-ray video market is the only physical entertainment market in growth over the past 12 weeks, up 3% despite a decline in volumes sold, thanks to high value new release films such as The LEGO Movie, and popular box sets like Game of Thrones. 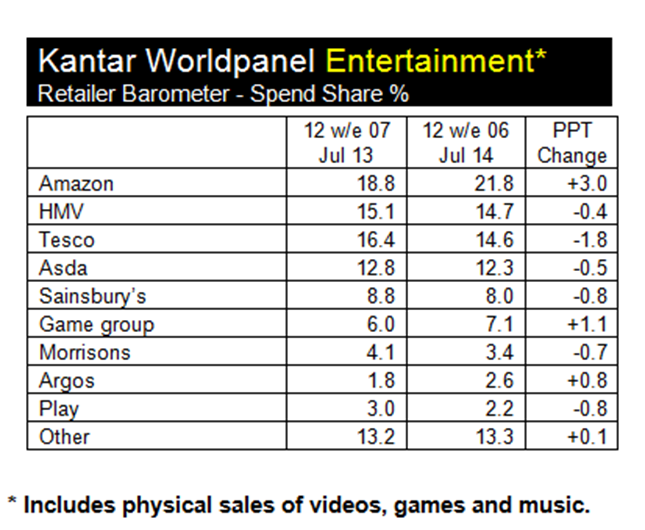