One in three pounds spent on entertainment goes online 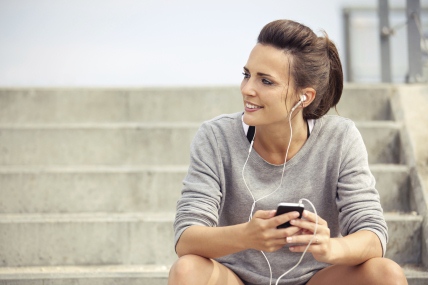 A third of spend on physical CDs, DVDs and games in the UK is now online â a trend which is benefitting Amazon

The latest data from Kantar Worldpanel, for the 12 weeks ending 13 April 2014, shows that one in three pounds spent on physical music, video and games is going online – a trend which is benefitting online giant Amazon in particular. Another significant winner this quarter is GAME which has grown its share of the market ahead of its stock market float.

Fiona Keenan, strategic insight director at Kantar Worldpanel, explains: “In recent years, British shoppers have moved more of their entertainment budgets online – a trend which has seen Amazon become the country’s top entertainment retailer. Amazon now takes two-thirds of all sales on physical entertainment products online and accounts for one in five of all products sold. Interestingly, 20% of online entertainment spend came from over 55s in the past quarter, exceeding the 16.5% accounted for by the tech-savvy under 25s.”

After Amazon, the next largest group of British entertainment retailers are the supermarkets with a combined 41% share of the market. Tesco makes up 15.8%, Asda 12.9%, Sainsbury’s 9% and Morrisons 3.3%. While the grocers are performing well in the overall entertainment market, they aren’t finding similar levels of success online.

Fiona continues: “Supermarkets account for almost half of the entertainment market in Britain, but only take 4% of online spend. This disparity is largely because the supermarkets were late to the market, resulting in a lack of awareness among shoppers that the grocers offer music, DVDs and games on their websites. There is a huge opportunity for supermarkets to develop their online entertainment stores, particularly while their online grocery businesses are growing at 20%.”

GAME has recorded impressive results over the past quarter which will give investors reason for optimism ahead of its intended float. GAME accounts for 6.3% of the total entertainment market, despite not selling music or video, an increase of 1.7 percentage points on last year. It has attracted shoppers looking for a specialist retailer to buy Xbox One and PS4 games from, and consequently attracted almost a third of all spend on next generation games.

Within the video market, Tesco was Britain’s number one retailer for the first quarter of 2014. It was particularly successful at capturing spend on blockbuster releases – accounting for over 25% of Frozen and Gravity DVD sales.