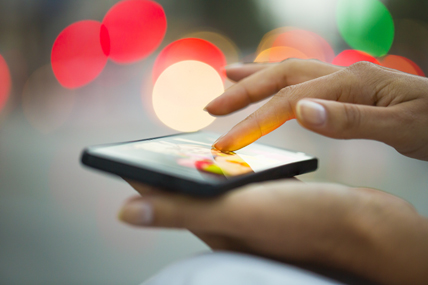 The iPhone SE cracked the list of top ten smartphones sold in Great Britain, France, China, and the US

When measured from a brand rather than OS perspective, Apple is second across Europe, China, and the US. The iPhone SE cracked the list of top ten smartphones sold in Great Britain, France, China, and the US during the latest three-month period, despite being heavily supply-constrained and available for only two months.

“Android has continued to achieve year-on-year growth across most regions, most notably in Italy, where it gained 10.2 percentage points, and now accounts for 80.9% of smartphone sales in the three months ending May 2016. That does not necessarily mean that iOS has continued to decline, but rather returned to growth in both France and Great Britain,” said Lauren Guenveur, Consumer Insight Director for Kantar Worldpanel ComTech. “In France and Great Britain, iOS share grew period-on-period, accounting for 21% and 36% of those markets, respectively.”

In Europe’s largest five markets, Huawei has emerged as the third largest smartphone brand behind Samsung and Apple, growing 7.4% year-on-year to account for 12.5% of smartphone sales in the three months ending May 2016. In Italy and Spain, Huawei’s strongest EU markets, the company now accounts for nearly 21% of sales, with the P8 Lite remaining one the best-selling phones during the recent period. These two markets have also witnessed Samsung’s largest year-on-year declines, down 7.6 percentage points in Italy and 5.6 percentage points in Spain, while Samsung remained the top brand sold. Those countries have not seen Apple’s share decline as quickly.

“The rest of Europe reads a little differently,” observed Dominic Sunnebo, Business Unit Director for Kantar Worldpanel ComTech Europe. “In France, Huawei trails local-hero brand Wiko, though its rate of growth suggests it could soon emerge as the third largest brand. In Germany, Samsung accounts for nearly half of all smartphones sold, with Apple and Huawei fighting for the remainder. And finally, in Great Britain, Android has its lowest sales share, at 58.6% vs. 75% or more elsewhere in Europe, and similarly, the brand battle is also much closer. Samsung accounts for 36.2% of smartphones sold in the period, with Apple trailing closely at 36%, thanks to a strong showing by the iPhone SE.”

“In Urban China, 79.4% of smartphones sold in the three months ending May 2016 were Android, of which 88% were local brands,” said Tamsin Timpson, Strategic Insight Director at Kantar Worldpanel ComTech Asia. “Huawei continued to top its best sales share ever at 25.6%, while Oppo posted the highest year-on-year gain at 6.1 percentage points, to reach 8% of sales. Embattled vendor Meizu, recently taken to court by Qualcomm, declined slightly to 5.8%, as did Xiaomi, to 19%. Apple remains in a delicate second place position, with 19.7% of smartphone sales. Samsung captured 9%.”

“Elsewhere in the world, Android’s share is dominated by Samsung, Huawei, and a few local players. In the US, LG has emerged as a serious competitor, capturing 15.1% sales in the three months ending May 2016, and contributing to Android’s total share – increasing by 3.6 percentage points to 68.5%,” Guenveur added. “Sales continue to be dominated by Samsung and Apple, and the Top 10 list of smartphones reflects that. The Galaxy S7 has become the top selling device at 11.1%, followed by the iPhone 6s with about 10% of smartphone sales during the period. The iPhone SE captured 3.6%. Huawei accounted for less than 1% of sales.”

Huawei hopes to become the second largest smartphone manufacturer in the world, but this will not be possible without a significant presence in the US market, an achievement that has not yet been realized.