Apple versus Samsung is over 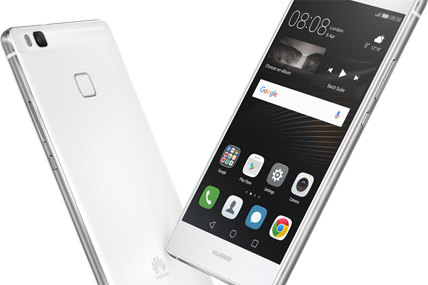 Still focused on the battle between Samsung and Apple? They are being the world’s largest smartphone vendors, that is to be expected. A quick Google search reveals that every new release in the Samsung Galaxy S-line has, at one point or another, been called the “iPhone killer.” On the flip side, searching for the term “Samsung killer” generally yields results for Xiaomi or Huawei’s latest device.

Anyone still focusing on these two giant competitors, however, is missing the bigger picture. With Huawei aiming to overtake Apple as the second-largest smartphone vendor by 2020, and rumors swirling about Google entering the handset market on its own, Apple and Samsung should stop worrying so much about each other and take a look around them.

Starting with the US, in the three months ending May 2016, Samsung accounted for 37% of smartphone sales and Apple 29%. However, sales of their respective flagship models reveal a much closer competition, with the Galaxy S7/S7 Edge accounting for 16% of sales and the iPhone 6s/6s Plus at 14.6%. What’s more, when we look at where these purchases are coming from, just 5% of Samsung purchases came from those switching away from Apple, while 14% of Apple purchasers came from those switching away from Samsung. In both cases, the majority of sales came from customers repurchasing and upgrading within their preferred brand. Among those intending to change devices within the next year, 88% of current Apple users and 86% of current Samsung users intend to stay loyal.

Great Britain reveals a closer race between the two brands, who together account for nearly three of every four phones sold, each with 36% of sales. Here we see the iPhone 6s and 5s as the two best-selling devices in the three months ending May 2016, followed by the Samsung Galaxy J5, and the iPhone SE.

Interestingly, in both the US and UK markets, Samsung and Apple claim the entire top 10 list of smartphones sold. Only when expanding our view to the top 20 do we begin to see brands such as LG (in the US) and Sony (in the UK) make an appearance. These markets have also seen smartphone sales flatten or drop in the latest year, as fewer new consumers are available and consumers are upgrading at a slower pace.

In China, the world’s largest smartphone market, Samsung was the top brand in the country’s urban areas at this point two years ago, as of the three months ending in May 2014. Then Xiaomi emerged as the overall leader until Apple gained a particularly strong boost from the iPhone 6 and Chinese New Year in early 2015. Since that point, Apple and Huawei have competed for the top-brand slot in urban China, with formerly top brand Samsung falling from a high of 34% to just 9% in the latest quarter ending in May 2016.

Unlike in Western markets where brand loyalty is high and fewer consumers defect for other brands, in China, loyalty remains low. For current top brand Huawei, just 19% of consumers were repurchasing the brand, while 24% switched over from Samsung. For Apple, 42% were repeat purchasers, and 25% came from Samsung. Xiaomi hasn’t captured as many former Samsung consumers as the other two (9%), primarily getting consumers from repeat purchases (45%); 12% of Xiaomi’s new customers switched over from Huawei.

Developed markets may be slowing, however India is reporting double-digit growth. In that market, Samsung sees strong competition from Micromax and Xiaomi, though it currently remains the top brand sold, while Apple has India in its sights for strong share within three to five years. Finally, Huawei, realizing that the US market will not provide enough growth for to achieve its Apple-topping goal, just announced a restructuring with the intention of growing share in India.

With high loyalty, slowing growth in developed markets, and Chinese brands leading the largest smartphone market in the world (and looking to the third) Apple and Samsung have less to worry about from each other going forward—and much more to worry about from other competitors, and the changing landscape. In that landscape, what remains to be seen is how sales in those developing markets in Latin and South America and India buffet the standing of the big three brands.