Android set to spike with HTC One and Samsung launches 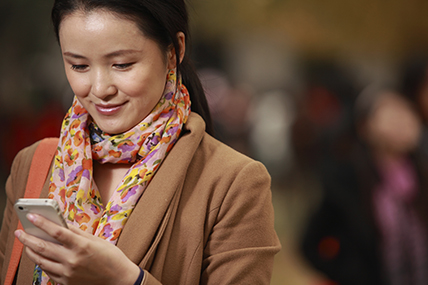 The latest smartphone sales data from Kantar Worldpanel ComTech shows Android continuing to dominate the number one OS spot in Great Britain, with 58.4% of the market *, and this looks set to grow with new phone releases (to see the data, click on the link to the right).

iOS remains the number two OS in Britain, but its share has declined by 1.4 percentage points to 28.9%. Windows Phone has now hit 7% market share for the first time, up from 2.9% a year ago.

Dominic Sunnebo, global consumer insight director at Kantar Worldpanel ComTech, comments: “Android is the top selling OS across key global markets, only beaten by iOS in Japan and now accounting for 93.5% of the Spanish market. We expect to see a further spike in its share in the coming months, as sales from the HTC One start coming through and the Samsung Galaxy S4 is launched. This will pile pressure on Apple, BlackBerry and Nokia to keep their products front of consumers’ minds in the midst of a Samsung and HTC marketing blitz.”

Samsung and Apple continue to dominate the top ten best-selling smartphones in Britain, with the LG Google Nexus 4 and BlackBerry Curve 9320 the only other individual brand models featuring.

Dominic continues: “Samsung already accounts for half of the ten bestselling smartphones in Britain and much has been said in the past about Samsung’s strong distribution, but it is clear that one of the key drivers of Samsung’s performance is how targeted each device is. Kantar Worldpanel ComTech data clearly shows that different Samsung models are appealing to a very different type of consumer.  The Galaxy Note II is popular with affluent 25-34 year old males, the Galaxy SIII Mini appeals to younger females, the Galaxy Ace to older females while the Galaxy SIII has broad appeal.  The fact that Samsung has so many models available in the market is not indicative of a scatter gun approach, simply a realisation that different consumers demand very different handsets, both in functionality, design and price.”

In the latest three months to March 2013 smartphone penetration in Britain remained at 63%, with smartphones making up 84% of mobile sales.