Windows sees steady growth in the US in Q1 2013 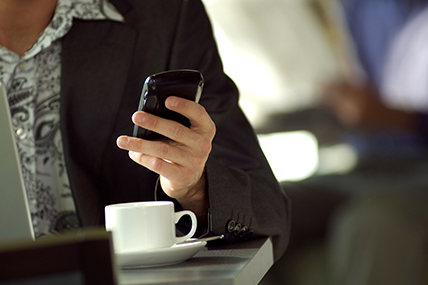 New York, April 29 – While accounting for just 5.6% of smartphone sales in the first quarter of 2013, Windows showed continued growth, gaining 1.9% compared to the same period last year, according to data released today by Kantar Worldpanel ComTech (to see the data, click on the link to the right).

With nearly half (49.3%) of smartphone sales, Android remains the top selling operating system, but saw only slight growth compared to the same period last year, and is down versus the 3 months ending February 2013 (-1.9%). iOS remains in second place with 43.7% of smartphone sales, down throughout Q1 2013. Little movement is seen among the top smartphone carriers in the U.S market. Verizon continues to lead smartphone sales with 37.2% of smartphones sold in the 3 months ending March 2013. AT&T remains in second place at 27.9%, and Sprint in third place with 12.3%. T-Mobile is the only carrier to decline this period, seeing a 3.2% loss versus the same period a year ago, down to 9.5% of smartphones sold.

Kantar Worldpanel ComTech analyst Mary-Ann Parlato states, “As iOS and Android continue to battle it out for top selling smartphone OS, we have seen Windows steadily grow over the past year and is now at its highest sales share figure so far.”

Windows share growth has continued to rise in European markets, particularly where Windows is supported by the legacy of its hardware partners. The US market differs in the fact that there are still many users in the market that are yet to upgrade to their first smartphone device. And Windows is starting to capture these consumers.

“Windows strength appears to be the ability to attract first time smartphone buyers, upgrading from a featurephone. Of those who changed their phone over the last year to a Windows smartphone, 52% had previously owned a featurephone. Comparatively, the majority of iOS and Android new customers were repeat smartphone buyers, with 55% of new iOS customers, and 51% of new Android customers coming from another smartphone. While the differences between these figures are small, with over half of the US market still owning a featurephone, it’s likely that many will upgrade over the coming year, which will ultimately contribute to more growth for the Windows brand.” Parlato continues.

One of Windows’ key handset manufacturers, Nokia, has seen the greatest benefit from the OS’ growth. Although, still only 4% of smartphones sold in Q1 2013, Nokia has seen its share rise from just 1% in the same period a year ago.