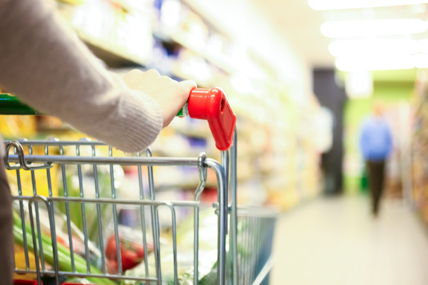 Shoppers relaxed their purse strings over Christmas, resulting in an overall market growth of 3.5%.

The latest supermarket share figures from Kantar Worldpanel in Ireland, published today for the 12 weeks ending 3 January, show a strong uplift for the Irish grocery market. Shoppers relaxed their purse strings over Christmas, resulting in an overall market growth of 3.5% – the strongest since January 2009.

David Berry, director at Kantar Worldpanel, explains: “Christmas is the most important time of the year for grocery retailers and this year proved no different. The past 12 weeks are the first time since March 2013 that all five of the major supermarkets in Ireland have grown sales. Shoppers spent an additional €77 million on groceries compared with the same time last year, with confectionary, crisps and other snacks doing particularly well. But it wasn’t just party food that boosted sales, shoppers also spent more on staple items such as fruit, vegetables and eggs. This is a clear sign of increased consumer confidence as shoppers worry less about what they’re spending.”

SuperValu has retained its position as the number one retailer in Ireland. Sales growth has continued to accelerate over recent months, reaching 4.3% over the past 12 weeks and increasing the retailer’s share of the market to 25.1%. SuperValu secured additional trips from a larger customer base this Christmas, resulting in a 6.5% increase in the number of transactions in store.

David Berry continues: “Tesco saw a better performance over Christmas, with sales up marginally versus last year. This is a notable improvement on results for October and November, suggesting things are looking up for the retailer.

“Elsewhere, Dunnes enjoyed a strong sales performance with an increase of 5.6%, improving its market share by half a percentage point to 24.0%. Bigger trips continue to be the focus for Dunnes, with its average basket size increasing by more than €2 year on year. The ongoing ‘Shop and Save’ campaign looks like it’s had a major impact with larger families – sales have grown by 11% among households with more than four members compared with last year.”

Lidl enjoyed the strongest growth within the grocery market with sales 11.6% ahead of Christmas 2014 – an additional 44,000 people chose to shop with the retailer this year. Aldi also enjoyed healthy sales growth with a 2.9% increase year on year.