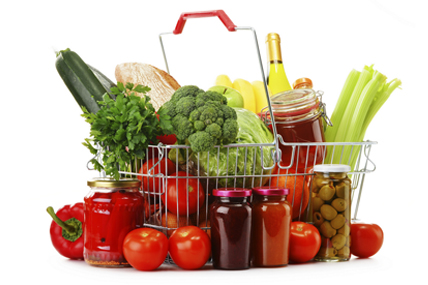 This growth was more pronounced in modern trade, where a sales increase of 4% was recorded.

Spanish households increased their expenditure in FMCG products by 2.7% between September and November 2015, according to the latest supermarket share data from Kantar Worldpanel.

This growth was more pronounced in modern trade (hypermarkets, supermarkets and discounters) where a sales increase of 4% was recorded.

Kantar Worldpanel analysis confirms that the run-up to Christmas has brought widespread gains to the whole sector. Florencio Garcia, Retail & Petrol Sector Director, says: "The big retailers are not the only winners. Other players, such as the regional supers, especially Consum, Ahorramas, Froiz or Mas y Mas which all have a strong positioning in fresh produce, have performed remarkably well.”

Among the major group retailers, Lidl tops this quarter’s growth by gaining 0.7 points market share. A success which is in line with its performance over the past months. “This asserts the great development of the German distribution model in Spain during 2015”, says Florencio Garcia, who also highlights the good development of Aldi.

Mercadona maintains its dominant position in the market with 22.3% of the spending. Despite its positive sales performance, its market share falls by 0.1 points due to the rate of growth achieved by other retailers.

Auchan grows in parallel with the market, keeping its share at 3.8%. Whereas Grupo Eroski continues to see its evolution burdened by the selling of some of its stores. Its market share declines 0.6 points this quarter and now sits at 5.8%.

"The trend remains as we’ve witnessed throughout 2015 with growth for the modern trade sector. This latest data reinforces the positive outlook for the FMCG market hoping that the next results of the Christmas season confirm, finally, positive annual growth", Florencio Garcia concludes. 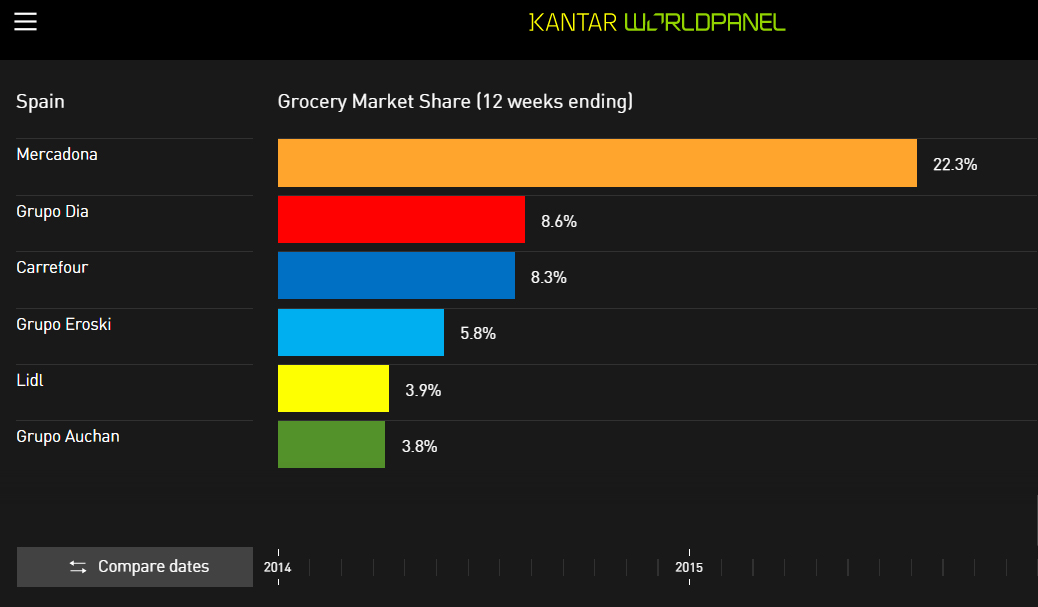 Read the article in Spanish.