Consumption in Argentina: another downwards review 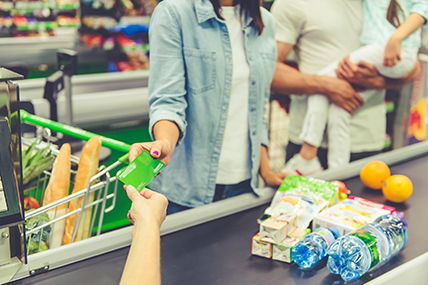 The year-end forecast for consumption in Argentina, which was 0.7% in March, experienced a 0.5% drop in May, and now the projection is for a 1.2% decline – in other words, 0.7 percentage point below three months ago, as demonstrated by the FMCG projection model jointly developed by Kantar Worldpanel and Ecolatina.

“The year’s forecast has been affected mostly by decreases in the actual salary – which has increased below inflation – and the strong impact that brings to the base of the pyramid. Over the past five years, in Argentina, whenever the salary has lost purchasing power, mass consumption has been immediately affected”, pointed out Federico Filipponi analyzing the results of the first and second quarters of the year, and the recent changes in the macroeconomic expectations.

He added: “Let’s think of a lower-tier household – in the lowest income level; 17% of all Argentinean households – that allocates 57% of their income to FMCG; if their income increases below inflation, the only alternative is to consume fewer essential products”.

In turn, Lorenzo Sigaut Gravina, from Ecolatina, added: “The forecast has worsened due to the significant deterioration of the macroeconomic setting: the hikes in foreign exchange and interest rates were followed by spurting inflation – pass-through – and the onset of a recession that should last at least until early 2019. In terms of purchasing power, the reopening of salary negotiations prevents a setting of strong decline in the actual salaries for private sector employees, but not in the National public sector. Lastly, the job creation perspectives are slim – and have worsened – and there is risk of losses – although limited – of job posts in some activities”.

While the FMCG sector closed the first half of the year with a growth below 1%, drops are projected for the third and fourth quarters – of 2.7% and 3.1%, respectively. “On top of the poor macroeconomic expectations, the second half of the year will be compared against the best period in 2017, and that should make the impact greater”, said Federico Filipponi.

When is consumption expected to recover?

Only in the second half of 2019 is the FMCG sector expected to record positive indicators, and that will essentially depend on two factors: that the economy resumes its growth – in the first instance driven by the countryside, if crops are good – and that the inflation subsides and allows for some recovery in actual salaries.