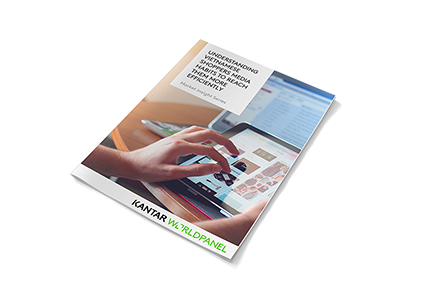 Understand Vietnamese shoppers media habits and how this differs by region

By the end of 2018, it is forecasted that there will be around 68 trillion VND spent on media advertising by companies in Vietnam (1) – that is almost $3 billion USD. Knowing this, it is very easy to appreciate why advertisers, media agencies and media owners continue to work tirelessly to better understand the media return on investment (ROI) of the dollars they spend.

Global studies from Kantar Worldpanel isolating the impact of media on brands show that the average impact of a media campaign in the uplift for any FMCG brand is 4.5% of the total sales during a campaign (2). However, looking at spending is only half of the story. From the same study, we know that more than a third of the people attracted to the brand after seeing its advertising will be new shoppers and looking through this lens also helps determine the success of any media campaign.

In Vietnam, the media environment is changing rapidly with the rise of digital. Despite that, as of today, TV remains the most relevant touchpoint to FMCG shoppers in both Urban 4 Key Cities (3) and Rural Vietnam. In Urban 4, there is a 17% higher absolute consumption (Reach x Frequency) than the next biggest touchpoint which is digital, while in Rural, though swiftly increasing smartphone ownership is driving up the number of connected households, the overall reach of digital is slightly less than half that of TV.

In Urban, some of the key differences we see between the top two cities are that HCMC skew slightly more towards traditional media channels, while Hanoi is more skewed towards digital. Newspaper and Magazine penetration is highest in HCMC with over a third of key decision makers reached by Newspaper and almost a fifth by Magazines – and if we add another filter to look at older decision makers, or the most affluent, these figures can soon rise to 40% or more.

In Rural, the South accounts for a greater proportion of digital media consumption. Again, though penetration is slightly lower than in Central or North, the amount of time spent online is higher, around 2.2 hours per day compared to 2.1 hours for TV.

Many brands might try to spread their investment and focus on reaching the most people. But what if you are a brand playing in the premium format of this category? Is your target the same?

Download the full report by clicking the link on the right and answer all these questions.