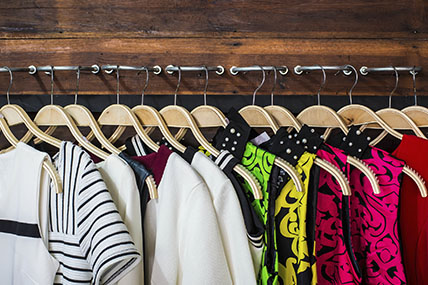 The British fashion market - including clothing, footwear and accessories - continues to decline

The British fashion market – including clothing, footwear and accessories – has seen sales drop by 2.0% compared with last year according to the latest figures from Kantar Worldpanel. This is the deepest decline the market has seen since August 2009, knocking nearly £750 million off its total value in the 52 weeks ending 18 December 2016.

Glen Tooke, consumer insight director at Kantar Worldpanel, comments: “It’s been another difficult year for British fashion as we’ve seen still more value driven out of the market. A 2.0% drop in sales is a serious cause for concern, particularly when you consider that the lowest point the market reached in the wake of recession was a 3.1% slump in May 2009. Although it’s not great news overall, there are some bright spots for the market – online pure players saw impressive growth of 7% year on year, while independent retailers improved sales by 3.2%.

“We’re seeing fashion retailers continue to struggle with the same issues that have dogged the market for several years now – over-buying and deep discounting. These companies are stuck in a rigid, seasonal buying cycle which no longer reflects how consumers shop. Gone are the days of buying a new winter coat come rain or shine: consumers are far more flexible in their approach to shopping and many retailers have been left behind. The result is piles of leftover stock these shops then have to sell off at vastly reduced prices.

“The anticipated cold snap over the next couple of days could be a glimmer of hope as shoppers go in search of warmer clothing, but as ever it will be those retailers that manage to differentiate their offer most effectively that are best placed to take advantage.

“The collapse of BHS – which closed its doors for the last time in August – may have been a highly symbolic blow to morale for the high street, but its impact on overall market performance was actually less significant. Never a top ten fashion retailer, the majority of BHS’s £400 million in sales was reapportioned among competitors – although it was nowhere near enough to redeem a flagging performance elsewhere.

“Although much-anticipated, Black Friday has done little to lift the spirits of the fashion market – while the hype of the event may drive volumes, it’s not enough to compensate for the hit value sales suffer as a result of the heavy discounting. We’re also seeing a serious case of shopper fatigue – Black Friday is now simply viewed as the beginning of the Christmas sales and shoppers know that the discounts will only get deeper as the festive season continues so are likely to hold off buying in the hope of a better bargain later on.”