Delivery and takeaway now reach 2 out of 3 Spaniards 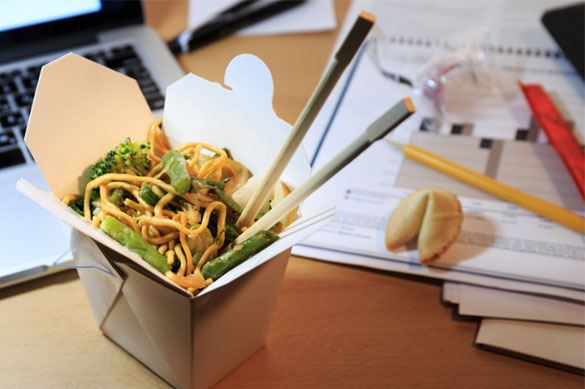 66% of Spaniards have used a delivery or takeaway service at least once. This is one of the main conclusions drawn from Kantar Worldpanel’s new 'Out-of-home consumption in 2018' study. This means that these new emerging ways of consumption have already been used in Spain by 22 million people, with takeaway being the most popular option.

The boom of these new channels means that both have already exceeded the number of online supermarket purchases. While the online shopping basket is used for 20 million purchases every year, the delivery service is used by 67 million people, and the takeaway option is used by 107 million. However, the average price for these ways of consumption is lower: the cost per delivery or takeaway is 12.9 euros and 8.2 euros respectively, while that of the online channel is almost 40 euros per purchase.

One example of this development is the fact that 7% of the meals and dinners prepared in restaurants are now eaten at home. Meanwhile, 44 million purchases in hypermarkets and supermarkets are made in order to be eaten outside of the home.

Just Eat, Glovo and Deliveroo come out on top in big cities

The home delivery of food is a growing consumption option that is used by all age groups, but it is Millennials who are most in favour of this consumption option. That being said, it is adults who use this system most frequently. On average, when food is ordered to be deliverred at home, 2.6 people are present in the occasion. 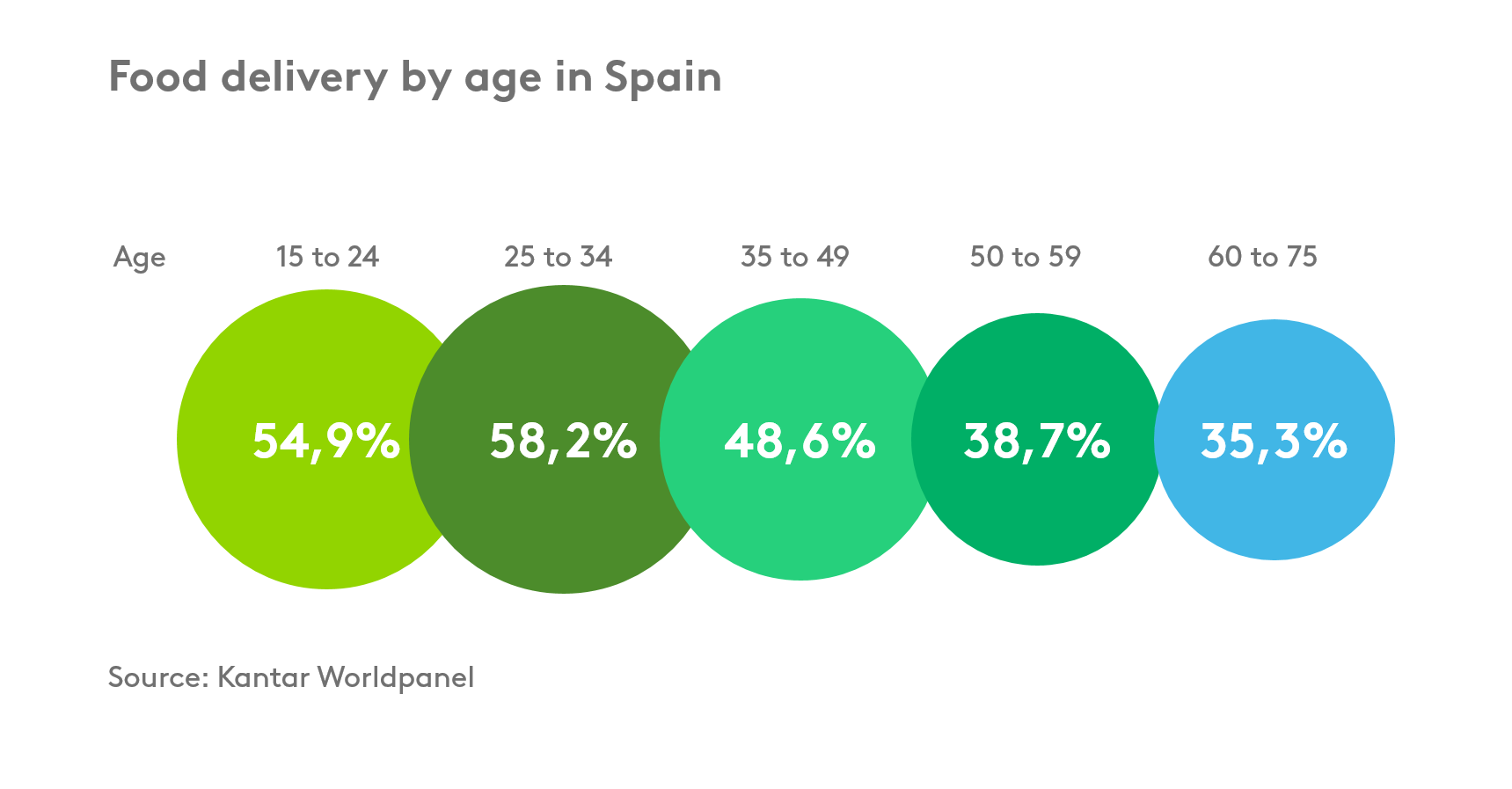 If analysed by geographic regions, the purchase pattern of food delivery is very consistent across the spanish regions. However, there is a different pattern of behaviour between large cities and the rest of the country. In large cities, digital platforms are more frequently used for placing orders than in the rest of Spain. In Madrid and Barcelona, 41% of orders are made through an app or website, compared to 18% in the rest of Spain. Aggregator apps are also used more frequently, with Just Eat being the most commonly-used platform, followed by Spain's Glovo and Deliveroo.

According to the study, it is expected that these forms of consumption will continue to grow in the coming months. In 2019, the growth of delivery is expected to accelerate with the use of aggregator apps that aim to expand the service coverage. We will also see the emergence of new players such as Klikin and the development of the Dark Kitchen model or kitchens with no access to public.

Understanding the motivations of out-of-home consumers, what are they demanding and why, is essential for brands, retailers, restaurants and all types of players to find the means to grow in this rapidly changing market.