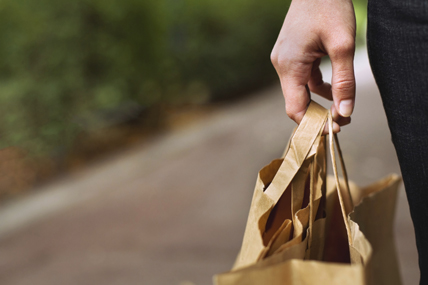 Grupo DIA and Lidl are the fastest growing FMCG retailers in Spain this year, according to the report El sector de la Distribución en 2015 (Retail Industry in 2015) produced by Kantar Worldpanel, the global experts in shopper behavior.

Grupo Dia, which includes the retailers Dia, El Árbol, La Plaza and Clarel, is the second biggest FMCG retailer in Spain. It achieved a market share of 8.7% between January and September 2015, an increase of 0.5 points from the same period in 2014. Lidl is the retailer that attracts more buyers, and increases 0.4 points its market share to 3.5%.

Grupo Eroski is the only retail group to see a decline in its market share. It lost 0.1 points following the sale of some of its stores, taking its share to 6.3%. Auchan continue to hold 3.8% of the market.

Overall, the six biggest retail groups in Spain now hold 53.7% of the food, homecare and personal care market. An increase of 1.2 points from 2014.

"The concentration of the Spanish FMCG market is increasingly evident. It is not just the biggest retail groups that are driving this, the entire modern trade channel is growing at the expense of specialists and traditional trade,” explains Florencio Garcia, Retail & Petrol Director at Kantar Worldpanel Spain.

The battle for Fresh

Florencio Garcia continues: "The battle for Fresh is becoming more intense among the biggest retailers and gaining share in this broad category is increasingly difficult. While the management of these products remains at the center of their decisions, each player is finding its own formula to attract consumers who are increasingly concerned over quality and convenience, and less about price. "

Grupo DIA is extending its market share relying on its new retail chains, with which is getting covered broad categories where it had less presence. With the La Plaza retail brand, Grupo DIA is growing its presence in Fresh. It is achieving similar growth in personal care with Clarel, a chain specialising in the sale of personal, beauty and home care products.

This year Mercadona continues to increase its dominance and turnover through Fresh, although in recent months it has been challenged by competitors. As a result, the growth of Mercadona’s market share in Fresh has slowed and this has led to an overall slowdown in the growth of the chain.

Thanks to high profile advertising campaigns, Lidl, together with Aldi, has managed to broaden the reach of the German "hard discount" model. As a result, 10.7 million of Spanish households – 6 out of 10 – has purchased in a hard discount retailer so far this year. An increase of 6% on 2014.

Loyalty cards are another strategy being used to entice buyers. The launch of the new Eroski card in 2014 and Carrefour’s new loyalty scheme targeting specific age groups, have both resulted in greater loyalty to these chains. "This confirms the growing consumer demand for this loyalty and reward programmes," adds Florencio Garcia.
Auchan Group, which includes Alcampo and Simply Market, has retained its market share in 2015. This is characteristic of the stability in the hypermarket channel.

Regional supermarkets are also experiencing significant growth. These have gained almost half a share point: 9.2% this year, compared to 8.8% in 2014.

The online channel continues to represent a small share of the shopping basket in Spain. It has experienced only slight growth, from 0.8% last year to 0.9% in 2015.

The Kantar Worldpanel report also analysed the trends that are shaping the shopping habits of Spanish consumers this year. On the one hand, households are no longer solely motivated by price: there has been a 2.4% decline in the number of shoppers who compare prices between retailers. In 2015, 54.9% shoppers claimed to be driven by price and comparing retailers, down from 57.3% in 2014.

Shoppers are also becoming more influenced by other drivers of the chain choice, such as the quality of its fresh products or the ability to buy all FMCG products in one place. These two motivators for store choice have grown in the last year, making them the fourth and fifth most important drivers respectively. Value for money, proximity and quality products remain the three main reasons for store choice.