Which is the Fairest iPhone of All? 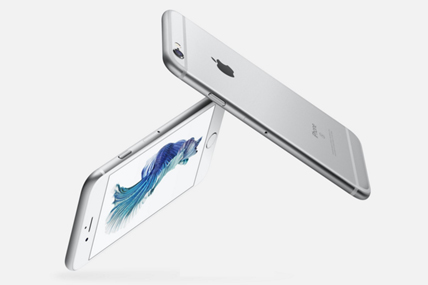 Looking at the performance numbers for the latest additions to the Apple iPhone family compared with the 2014 launch would only tell half the story. We are all very familiar with the Apple’s so-called “tick-tock launch cadence” of releasing significant hardware changes every other year. When the iPhone 6s and 6s Plus launched in September, we shared with you some data highlighting the opportunity that remained in the market (Apple’s replacement opportunity is far from over), not only for Apple’s new models but also for the 2014 models now available at a lower price point.

Now that we have a full month of sales figures for the newest additions to the family, the time is right to examine how 2015 performance compared to the previous two launches. With launch windows that were very similar over the past three releases, the comparison when we look at the three months ending in October is a fair one. From a share perspective of 33.3% overall, Apple’s performance is well below its 40.8% share in 2013 and 41.5% share in 2014. Yet overall volumes are pretty much identical to what was sold in 2013, while down 25% from 2014’s sales. To put Apple’s performance into perspective, the overall market is about 6% down over 2014 and 22% up over 2013.

Finally, when we consider key purchase drivers, things have changed a bit over the years. In 2014, 47% of the Apple’s flagships buyers mentioned LTE as a driver, while that percentage dropped to 31% for iPhone 6s and 6s Plus buyers. The size of the screen remained at the top of the list in 2015 as it did in 2014, but dropped to 52% from 56%. While Live Photos are not directly mentioned, they might be driving the high number (42%) of buyers of the iPhone 6s and 6s Plus who mentioned the quality of the camera as a driver. This compares to 36% for the iPhone 6 and 6 Plus in 2014.

One last point to consider when evaluating the relative success of the newest iPhone models is that sales of models that do not have a full hardware redesign tend to ramp up more gradually. Between September and December 2013, sales of the iPhone 5s as a percentage of all iPhone sales went from 13% in September to 37% in October, 47% in November, and 45% in December. The iPhone 6 over the same months in 2014 went from 32% to 48%, to 39%, to 55%. The iPhone 6s represented 25% of iPhone sales in September and 37% in October, pointing to a ramp-up similar to that of the 5s.

This is a lot of data to digest for a short blog, but the underlying message is clear: the iPhone 6s and 6s Plus have, thus far, delivered solid performances in the US market and attention needs to be paid to the next few months as the sales ramp-up continues.