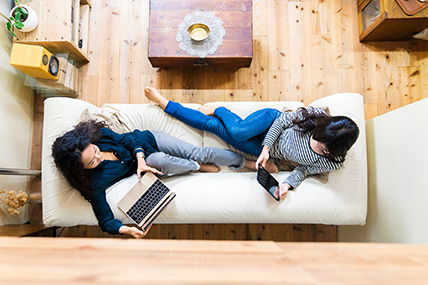 In 2017, shoppers purchased from e-commerce on average seven times a year.

Kantar Worldpanel, the global market leader in consumer panels, reports that spending in fast moving consumer goods (FMCG) grew by 4.3% in 2017, which is 0.7pt faster than 2016.  This signals the end of the slowdown China has experienced over the recent years and gives optimism to FMCG manufacturers and retailers looking to expand their footprint and find new shoppers in 2018.

Whilst there was an increase across all regions, the west and north reported the highest rises, up by 6.0% and 4.7% respectively. Modern trade (including hypermarkets, supermarkets, and convenience stores) grew by 2.6%, compared to 1.6% the previous year.  Leading modern trade retailers strived to introduce new business models as well as Online-2-Offline (O2O) initiatives to actively meet the demand of Chinese.

Most top players are getting stronger

Most of the top retailers in China performed strongly in 2017, thanks to both new store openings and expanding their format portfolio. Sun Art group continued to strengthen its position, growing their share from 8.1% to 8.4% year-on-year, while Yonghui remained the fastest growing player, with 0.3 share point increase.

Amongst the regional players, Bubugao Better Life, Wumart and SPAR continued to outperform their peers through their aggressive regional expansion and embracing new retail initiatives.  International retailers as a group further weakened in 2017, with share reduced from 11.1% in 2016 to 10.3% in 2017.

Tech giants Alibaba and Tencent moved from the online to the offline world during 2017 by putting their investment into the heated retail battle between supermarkets.  By the end of 2017, the Tencent/JD camp (including Yonghui, Carrefour, BuBuGao and Walmart) reported a 12.8% market share, higher than 11.1% recorded by Alibaba camp (Sun Art and Balian).   Both giants are embarking on an active transformation of the Chinese retail infrastructure in a number of different ways.

Furthermore, higher frequency also contributed to the growth as online shopping became more of a routine in consumers’ lives, fueled by the rapid growth of mobile eCommerce. In 2017, shoppers purchased from e-commerce on average seven times a year.