FMCG blooms throughout Tet in Vietnam 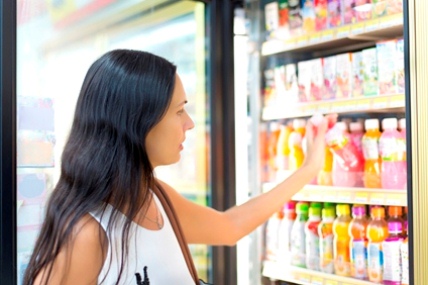 Closing the year 2013, Vietnam’s economy expands at an annual rate of 5.42%, a slight improvement compared with 5.25% in 2012. Meanwhile, after marking its decade-low record in 2013, Consumer Price Index continues to ease down in January, partly under relatively weaker demands during economic downturns.

Thanks to the peak season of Tet, FMCG enjoys high growth during the 12 weeks up to January 26th 2014 compared with the same period last year. This trend is clearly demonstrated in Rural where early signs of recovery since late 2013 together with Tet celebration have boosted FMCG by 22% in value. Urban market responses similarly, though posting a lower growth rate of 13%. Except Wet Market, all key channels in Urban are springing up with 2-digit growth. In Rural, Street Shops even take a leap from decline to rapid expansion.

In terms of basket trends, FMCG enjoys the blooming season of Tet’s favoured sectors. Beverages conquer the leading growth with 24% increase in value consumption among Urban households and 43% in Rural. Meanwhile, after a long time of stagnancy, Packaged Foods bounce back strongly with double-digit growth, partly thanks to high consumer demand for Confectionery and Cooking Additives in Tet. It is not much of a surprise to see the enviable expansion of Candy and Biscuits during this period. In Urban, Candy consumption surges up by 75% in terms of volume while Biscuits in Rural witnesses a triple-digit growth of 116%.

2013 ended with some remarkable figures observed by Kantar Worldpanel. In terms of shopping channels, Ministore, including Minimarkets and Convenience Stores, continues to expand its coverage among Urban neighbourhoods. According to our observation, 23% of Urban families shop in Ministores at least once in 2013. In terms of recruiting new buyers, Liquid Hand Wash has become the top recruiter in 2013 by reaching incrementally 162,000 Urban households. In Rural, Toothbrush has successfully added 1,600,000 new households in its yearly consumer base. “By end of 2013, there remained nearly 70% of FMCG categories with penetration of under 50% in Urban and it is even much higher in Rural. Beneath this number lied plenty of space for manufacturers and retailers to further develop their categories and penetrate into more and more Vietnamese families.” – commented David Anjoubault – General Manager at Kantar Worldpanel Vietnam.

Follow links on the right side of this page to download full reports and press releases in both English and Vietnamese.