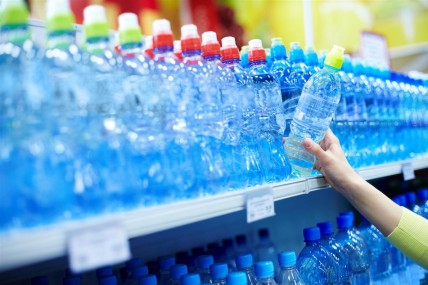 The sector of beverages has enjoyed a spectacular growth of over 17% across the country compared with the same period last year.

Figures from the General Statistics Office show an ease on inflation pressure as domestic consumption struggles to rebound after the credit slowdown. Despite the overal lagging demand, the FMCG market has surged by 15% in Urban and 9% in Rural over the last three months compared to a year ago in terms of value.

Obviously, FMCG market sees the leading growth of Tet’s favoured sectors including Packaged Foods, Home Care and, especially, Beverages, which enjoys a spectacular growth of over 17% across the country compared with the same period last year. Tet is actually the peak moment of consumer spending in Vietnam. During this time of the year, the Vietnamese delight their relatives and friends by offering spring flowers, fruits or baskets of purchased goods including coffee, tea, soft drinks, candies, chocolates, biscuits, fruit juice or even alcohol. David Anjoubault, General Manager at Kantar Worldpanel, comments: “With its special role in Vietnamese culture, Tet plays as a seasonal momentum to boost up a spectacular spending spree across the country. Tet 2013 sees the uplift in consumer spending in preparation for Tet starting from 4 weeks before the first day of the lunar new year, in both Urban and Rural. Grasping this opportunity to speed up would bring worthy rewards to manufacturers and retailers.”

During this quarter, Kantar Worldpanel notices the rapid expansion of Instant Coffee and Biscuits. In Urban, Instant Coffee lifts up by 21% compared to the same period last year in terms of volume thanks to an incremental of 112,000 new household buyers and a 5.6% increase in household consumption. In Rural, Biscuits witnesses outstanding growth at 29%, attracting more than 1 million new buyers and increasing household volume consumption by 11%.

Amid the race for shoppers among different channels, Street Shops is still the key shopping destination in both Urban and rural. Interestingly, Modern Trade enjoys a rapid two-digit growth, mostly thanks to the expansion of hyper/supermarkets, directly impacting wet market. Shifting from Traditional Trade towards Modern Trade was continuously observed among Vietnamese shoppers, especially in Urban areas.