FMCG picks up as economic conditions improve in Vietnam 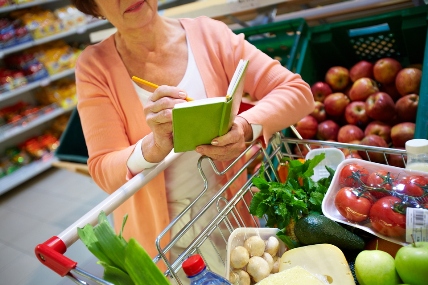 Vietnam’s economic expansion quickens to 5.54% in the third quarter, mostly thanks to rising foreign investment that helps support manufacturing and exports. GDP growth in the first three quarters of this year picks up to 5.14% from 4.73% of the same period last year, signaling the prolonged slowdown will soon fade out. Yet, it is quite early to conclude whether a strong and sustained rebound is on its way as the main driver of the economic growth in quarter 3 is not much of local but foreign demands.

Quarter 3 ends with some positive signs in FMCG market, recording a value growth at 11% in urban and 13% in rural market. Personal Care keeps on leading the growth in urban market with strong gain in baby care, while Beverages continues to be the key driver in rural market. In terms of retail landscape, except stagnant wet market, all key channels maintain a healthy 2-digit growth over the third quarter.

During this quarter, Kantar Worldpanel notices the excellent growth of Floor Cleaner in Urban with 31% volume growth thanks to rapid expansion in buyer base with 133,000 new households recruited in the last three months. In Rural, Baby Diaper was the most outstanding category with 75% uplift in volume consumption by successfully expanding its reach to additional 338,000 new households and increasing average consumption by 25%.

Tough economic conditions combined with an explosion in new technology and an appetite for all things digital means that shoppers no longer follow a simple linear path to purchase. Being relevant at the place of purchase is not enough. It’s important to recognize that the shopper journey starts at the point where people identify a need to purchase, wherever that might be! 55% of shoppers make shopping list before going to stores and this ratio is much higher among modern trade shoppers. Besides “to fill-in few items”, which is the key reason for shopping across channels, promotion is also a tool to attract shoppers for modern trade.

So many decisions are made in stores! Especially in modern trade and wet market as 64% of the shoppers there say that they did buy something out of their plan. Visibility and promotion are the two factors impacting them the most. Brands should not just get into the stores. To really get the attention, it should be outstanding with good designs and placed in the diamond zone. David Anjoubault – General Manager at Kantar Worldpanel Vietnam – concluded, “Consumers are “forward thinking” while shoppers are “task-oriented”. Understanding the path to purchase of your shoppers will help you make the right marketing strategy to influence them.”