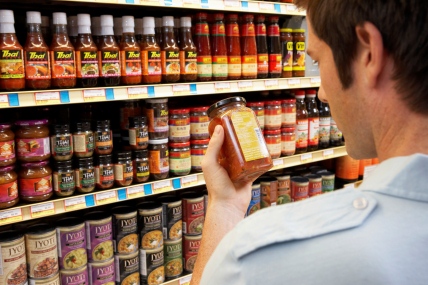 Since the start of the global downturn, European consumers have tried to control their spending on FMCG with a move to private label products and discount retailers. This European-wide trend has had its exception in France where both private label and discounters lost share in 2013.

In the last year private label in France decreased its market share 0.8 percentage points to an annual market share of 37.8%. According to Gaëlle Le Floch, Strategic Insight Director at Kantar Worldpanel France: “In France it is the top brands that are proving most appealing to consumers. They have continued innovating, supporting their products with advertising and developed higher promotional pressure to close the price gap against private labels.” In 2013, private label lost share with all types of households and in all categories. Bucking this trend was the French retailers’ cooperative Système U which managed to grow its private label in its 800 independent supermarket and hypermarkets.

As the price war between traditional French retailers has intensified, and the attractiveness of top brands on their shelves has grown, the impact has been felt most keenly by the discounters. They saw their annual market share falling to 12.2% in 2013, 0.6 percentage points below the previous year. This is in stark contrast with what is happening in other countries. According to Ed Garner, Communications Director at Kantar Worldpanel UK: “Discounters are now growing strongly in United Kingdom, particularly Aldi, which is growing at over 30% per annum.” In Spain, the three low price retailers – Mercadona, Dia and Lidl - have all grown their market share in 2013 according to the Kantar Worldpanel survey Worldpanel Distribución 2014.

Back in France it is the middle size hypermarkets, which introduced a new concept of retail 50 years ago, that have retained their position as the preferred format of French consumers – commanding a 52% market share in 2013. The new concept that is changing the face of retail in the country right now is the drive outlet, which allows consumers to buy online and collect at an outlet at their convenience. Although drive outlets currently represent a modest 3.5 % market share, they are already used by 23.8 % of the French households and retailers continue opening drive outlets (2,660 in December 2013 alone), meaning the concept is likely to grow market share in coming years

Overall, French consumers are continuing to carefully control their expenditure with a tight rein on the products they buy. Household purchases of Consumer Packaged Grocery decreased 0.3% in volume and Fresh Products 1.3% in 2013]. According to Gaëlle Le Floch: “All economic forecasts predict a stable future but the resulting VAT increase from 19.6% to 20% will have a direct effect on prices paid by consumers. In this context, consumers will still be very cautious on their FMCG spend next year.”

To read the complete report in French, please click here.

Read more news about the French market in the France website