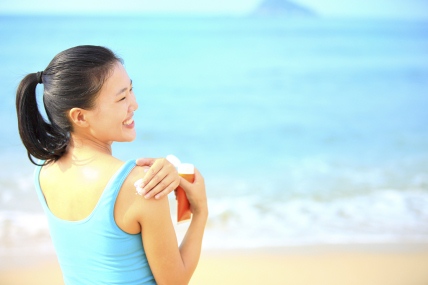 For modern Chinese women, facial cleansing and facial mask are not enough to take care of the new demand that comes with growing skincare awareness

Premiumization has been one of the hottest issues in the China market for the past few years. Growing middle class and the pursuit of a better life, food safety and product benefit all help to drive premiumization. Kantar Worldpanel expects this trend will continue in the coming years despite recent slowdown in FMCG market and become a major driver for future growth.

Consumer upgrade has been seen across all city tiers and categories in China in 2013. Taking premium hair conditioner for example, the premium segment (>100 RMB/L) increase its share from 30% in 2011 to 35% in 2013. Many may expect that a greater potential for premium products lies in high-tier cities. Surprisingly, the share of premium segment in low-tier cities is not necessarily lower than high-tier ones. Shampoo is one example. According to Kantar Worldpanel, Premium shampoo is even more successful in county level cities than its higher counterparts. This trend was also observed in the liquid milk category. Liquid milk is a category with almost 100% penetration. Its premium range (> 16 RMB/L) surged from 26% to 38% in the past two years, and lower tier cities are the strongest engine for this growth. The question is, are manufacturers ready to expand their product portfolio in lower-tier cities in response to shoppers’ need for premium products?

One more question we should ask ourselves is “what does premiumization mean to Chinese consumers?” If our answers to this question are just products at higher price, better brand image or advanced ingredients based on original products, then we are losing an opportunity to create new sub-categories or segments for new consumer demand. For modern Chinese women, facial cleansing and facial mask are not enough to take care of the new demand that comes with growing skincare awareness. In the four key cities (Beijing, Shanghai, Guangzhou and Chengdu) in 2013, 20% of females used serums and sun screen to pamper and protect their skin. Kantar Worldpanel believes there is still plenty of room for improvement. 61% of Korean women used serum and half of Korean females used sun screen. In cosmetic categories, understanding how consumers use products will be enormously important for new product development. Marketers can take more advanced market in the region as benchmark to form a clear map of product evolution and execution. For example, take Korea for northern high tier cities and Taiwan for southern higher tier cities.

Premiumisation can also bring new shoppers to the category

New product launch is instrumental to trigger premiumization, apart from creating new segments. Successful new product launches in FMCG not only push the price and enhance product image, but also win buyers who previously showed no interest in the category. Frozen food is quite a mature category in China. However the launch of premium Sanquan SiChu frozen dumpling successfully won 200,000 new market buyers. Nescafe’s Café Collection launch even gained 2,000,000 new market buyers who never purchased any instant coffee in the previous year. The “every single dumpling is a delicacy” concept from Sanquan SiChu or the thick milk foam just like freshly brewed in Nescafe Café Collection are very good examples on how innovation has helped premiumization.

Ecommerce – a powerful platform for premiumisation

Increasing spending power and a growing middle class are some of the reasons behind premiumization in China. What we should not neglect is the fast growing e-commerce channel which is also playing an important role in pushing premiumization. Generally online shoppers have higher income, and this may be a reason behind higher acceptance and transition to premium offering. Interestingly, when talking about online shoppers, the image of young households immediately comes to mind. However the ratio of online shopping among old/ single couples is not falling far behind their younger counterparts. In China, these old online shoppers are not as conservative as many people think, and we can also assume they are open to embrace new products.

As online shopping penetrated fast into different households and different city tiers or regions, the physical boundaries disappeared. Shoppers can easily access products they did not have the chance to see, especially the imported products, and they are an important driver for market premiumization. Taking instant coffee for instance, the fast growing presence of premium brands such as Kopiko from Indonesia, or Klassno from Singapore, generated a buzz online and were officially introduced into modern trade channels afterwards. UHT milk, as mentioned previously, also showed a similar trend. Perhaps due to food safety concerns, domestic milk shortage, and also for its taste, premium imported milk gained huge success in China’s e-commerce channel. Its ability in bringing traffic makes it an important item for e-commerce promotion and again listed by modern trade afterwards for the revenue it may bring in; at the end of the day, pushing the market further along the premiumization road.

“Going premium” will continue to be a key factor in driving China FMCG future growth when the booming period of consumption has passed. In the days when distribution has not been the biggest issue to many manufacturers, category or brand cannot sustain their growth dynamic simply by reaching new buyers – encouraging trading up to high-end products will be another factor for long-term sustainable growth.