Motorola back in the game with Moto G success 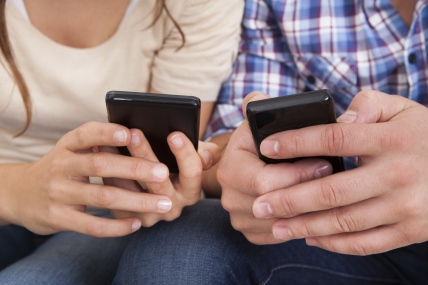 Motorola success has helped Android remain the top OS across Europe with 68.9% share

The latest smartphone sales data from Kantar Worldpanel ComTech, for the three months to February 2014, shows a resurgent Motorola climbing from almost nothing to 6% of British sales in just six months. Its success has helped Android remain the top OS across Europe with 68.9% share. Apple holds second position with 19.0% share and Windows is third with 9.7%.

Dominic Sunnebo, strategic insight director at Kantar Worldpanel ComTech, comments: “Motorola was nowhere in Europe before the Moto G launched in November last year, but the new model has since boosted the manufacturer to 6% of British sales. It highlights the speed at which a quality budget phone can disrupt a market. The same pattern can be seen in France with Wiko, which has 8.3% share, and Xiaomi in China with 18.5%.”

The Moto G in Great Britain has attracted a very specific consumer profile. Almost half of owners are aged between 16 and 24, 83% are male and generally they come from lower income groups with 40% earning under £20,000.

Sunnebo continues: “Consumers are far more tech savvy than they were just a few years ago and the rising commoditisation of smartphones means we increasingly rely on online views and handset cost to drive our decision making. Some 40% of British consumers are heavily influenced by internet reviews when deciding which mobile to buy and 48% of Moto G sales were made online. With virtually no existing customers to sell to in Britain, the Moto G has stolen significant numbers of low-mid end customers from Samsung and Nokia Lumia.”

In the US, Android’s momentum has returned after iOS’ share peaked as a result of the release of the iPhone 5S and 5C models. Android’s share is up 3.9% compared to last year, with LG the fastest growing Android brand. LG’s share of the US market has now topped 8% making it the third largest manufacturer in sales. While LG’s sales over the past few years have been led by low to mid-end Optimus models, the high-end G2 is now dominating its sales.

Sunnebo comments: “The LG G2 marks a significant change in direction for LG, now aiming squarely towards the top end of the market. Customer recommendation figures for the past three months show the LG G2 has the highest rating of any new handset at 9.2 out of 10, followed by the iPhone 5S at 9.1 and Samsung Galaxy Note III at 9.0. User advocacy is hugely important in mobile and this is great news to help LG maintain its momentum. Selling phones is one thing, getting your buyers to help you sell even more is another.”

Smartphone % penetration in Great Britain stands at 70% in February, with 86% of devices sold in the past three months being smartphones.