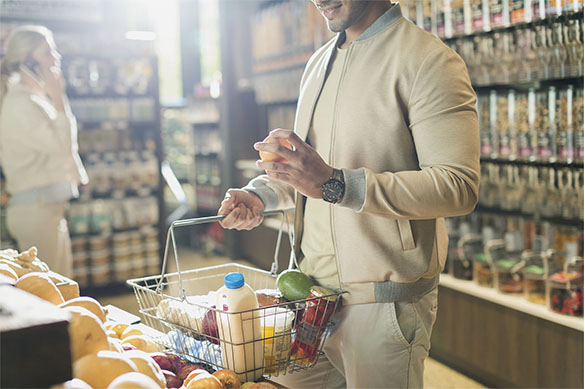 Spanish households spent 1% more on food and consumer packaged goods for the home in 2019, according to the report “2019 Review of Retail and Food and Consumer Packaged Goods” unveiled today by Kantar, the leading consumer panel consulting firm.  Key takeaways from the study are:

In terms of volume, the market shrunk by 0.9%, mainly driven by packaged food, which fell by 1.2%, and increased consumption outside the home.  This is despite the growing number of options for eating in, such as ready meals offered by the large retailers, who significantly expanded their range over the last year.

Shopping baskets shrunk in 2019, although prices rose by 1.9%, with increases across the board in FMCG. The greatest increase in spending occurred in fresh produce, which rose 2%, with spending in modern retail up to 4% higher on these products than the previous year.

Spanish consumers are buying fewer fresh products, moving away from shopping in traditional markets, despite spending more in the sector. This is due to both higher prices for some products like potatoes and onions and increased spending on luxury foods such as Iberian ham, (+ 27.5%), avocados, shrimp, prawns and cephalopods like octopus, all of which gained prominence in Spanish households in 2019.

In packaged foods, organic products are now commonplace in Spanish households due to increasing sophistication among shoppers. Consequently, seven out of 10 Spanish households purchased an organic FMCG product in 2019, spending 15% more on these products than the previous year.

In this context, Mercadona once again managed to strengthen its position in the Spanish market. Spanish consumers spent one in four euros (25.5%) of their FMCG budget with the Spanish retail leader. “The growth in fresh produce, which saw it increase its market share by over one point, clearly explains the chain’s progress in 2019”, notes Florencio García, Retail & Catman sector director at Kantar. Regionally, the chain’s gains in the Basque Country, a market it has just entered, stand out. In 2019 the company also launched ready meals and crossed over into Portugal, where it has gained steady ground in the north of the country, a position it is seeking to consolidate in 2020.

Carrefour’s market share for 2019 was 8.7%, an increase of 0.3 points compared to 2018. This year, it significantly increased its number of stores, especially neighbourhood formats. Together with the online channel, this has strengthened Carrefour’s relationship with Spanish consumers and helped it achieve its best results in recent years. Carrefour still faces challenges in 2020, especially in maintaining the appeal of the hypermarket format in the face of the increasingly local and on-demand shopping options available to the Spanish consumer.

Grupo DIA remains the third most popular Spanish retailer, despite its market share falling 1.1 points to 6.4%. “DIA will undoubtedly be the key to FMCG in Spain in 2020. For now, it remains the third biggest, with the largest number of stores, and is still present in six out of ten Spanish households. While it has the potential to grow from this position, if it continues to lose ground, it will lose its place among the top three and other large retailers will snap up these consumers”, remarks Florencio García.

Lidl is now the fourth biggest supermarket in Spain and saw the highest growth in market share in 2019, with an increase of 0.7 points to 5.6%. In the last five years there has been much talk of Lidl’s growth in Spain. However, this year has seen the greatest increase, making the German group the second most prevalent chain in Spanish households, reaching 68.9%.

The market share of Grupo Eroski fell 0.4 points to 4.9% in 2019. Increased competition in its main regions, including the growth of Mercadona in the Basque Country, Lidl in the north, and the growth of regional chains in Catalonia, which compete directly with Caprabo, have dented Eroski’s figures, despite its strong presence in Galicia and strong leadership of the Basque market at the end of the year.

Auchan (3.5%) occupies the last spot in the Top 6, holding on to its market share and reversing the trend of recent years. Its hypermarkets, many of which are outside city centres, have managed to hold onto their shoppers, and the change from Simply to Mi Alcampo has allowed increased synergy with local options, a factor that should be consolidated in 2020 to allow a return to growth.

Florencio García notes that “FMCG grew as a whole in 2019, from the increased share in fresh food, the section that continues to set the pace in the sector. Consumers have remained demanding when it comes to organic food, environmental and animal welfare standards so the large retailers are now pivoting their strategies toward these issues, a trend that is set to continue in 2020”.

Regional supermarkets remain in good shape, with a market share of 12.2% (not including Eroski), which makes it the second national retail channel when taken as a whole, with growth of 0.4 points from 2018. Growth has not only been driven by positive perceptions of fresh produce and proximity, these retailers are increasingly gaining ground in all areas, offering more services, allowing continued growth, with examples in practically every region.

E-commerce continues to grow, expanding 0.3 points to reach 1.9% of the FMCG market. While fresh produce continues to hold back the channel’s market share, it has played a fundamental role in spending for sectors like household products and perfume. Despite gaining 4 million new consumers since 2010, the channel is still used sporadically and for frequent shopping.

Florencio García remarks: “Consumers are still increasing their range of sources for shopping and mixing them: one day they will visit the store, the next they will shop online. Some order food for delivery, while others pick up ready meals at the supermarket. Consumers still go to traditional markets, but less and less, instead alternating between the major national chains and other regional ones for their shopping”.

Watch the Webinar in Spanish