Grocery sales yet to see a Christmas cheer in Ireland 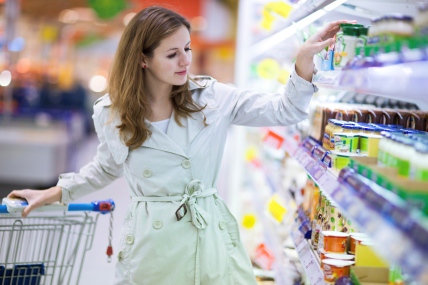 Despite the improving economic environment shoppers continue to keep a close watch on their grocery spend.

The latest supermarket share figures from Kantar Worldpanel in Ireland, published today for the 12 weeks ending 8 December, shows that despite the improving economic environment shoppers continue to keep a close watch on their grocery spend.

David Berry, commercial director at Kantar Worldpanel, explains: “Value continues to be an attractive proposition for shoppers. Despite the Central Statistics Office recently announcing that the economy grew by 1.5% between July and September, the average household spend on grocery items has fallen by 0.2% compared with last year. This is considerably below the 3.4% price inflation as shoppers look to control their spend by reducing the amount of goods they buy.

“The savvy approach to shopping is continuing to work in the favour of the German discounters, with Aldi posting growth of 18.7% and Lidl growing its sales by 8.4%. Over the past 12 weeks, they have continued to recruit new shoppers with 61% of households shopping in Lidl and 60% visiting Aldi. Both retailers are in a strong position as we head into the all-important Christmas weeks.”

Elsewhere, trading conditions remain tough for Tesco, with sales falling as fewer shoppers visit the retailer. SuperValu and Dunnes both perform ahead of the market, with SuperValu holding market share at 19.5% while Dunnes sees an increase from 23.7% last year to 24.2% now. Interestingly, Dunnes has grown sales despite attracting fewer shoppers as its existing customers have spent slightly more. In contrast, SuperValu has grown shopper footfall significantly, although consumers are spending slightly less in store.