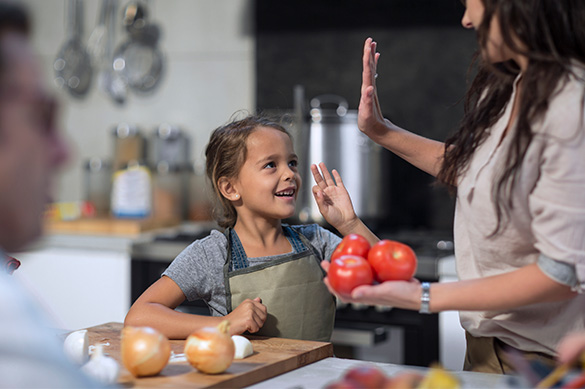 In a similar timeline to its European neighbours, France detected its first COVID-19 cases around late-January, with a lockdown imposed from 17 March, which only now is beginning to be relaxed.

The initial FMCG impact of the pandemic manifested itself as an increase in spend of 20%, an additional €48 per household during P3 2020 vs P3 2019. This was driven by four main factors. Panic buying during the first weeks of lockdown was driven by a fear of shops running out of stock, and accounts for the behaviour of 29% of the households. The closure of restaurants and bars meant that there was a 25% increase in consumption opportunities in the home as people had to fulfill all their eating occasions without leaving the house. In addition, there were new consumption occasions: 31% more snacks and 51% more aperitifs were consumed at home. The lockdown also brought about some changes in habits as people found themselves with more time in the house, 6% spent longer on preparing and cooking food. 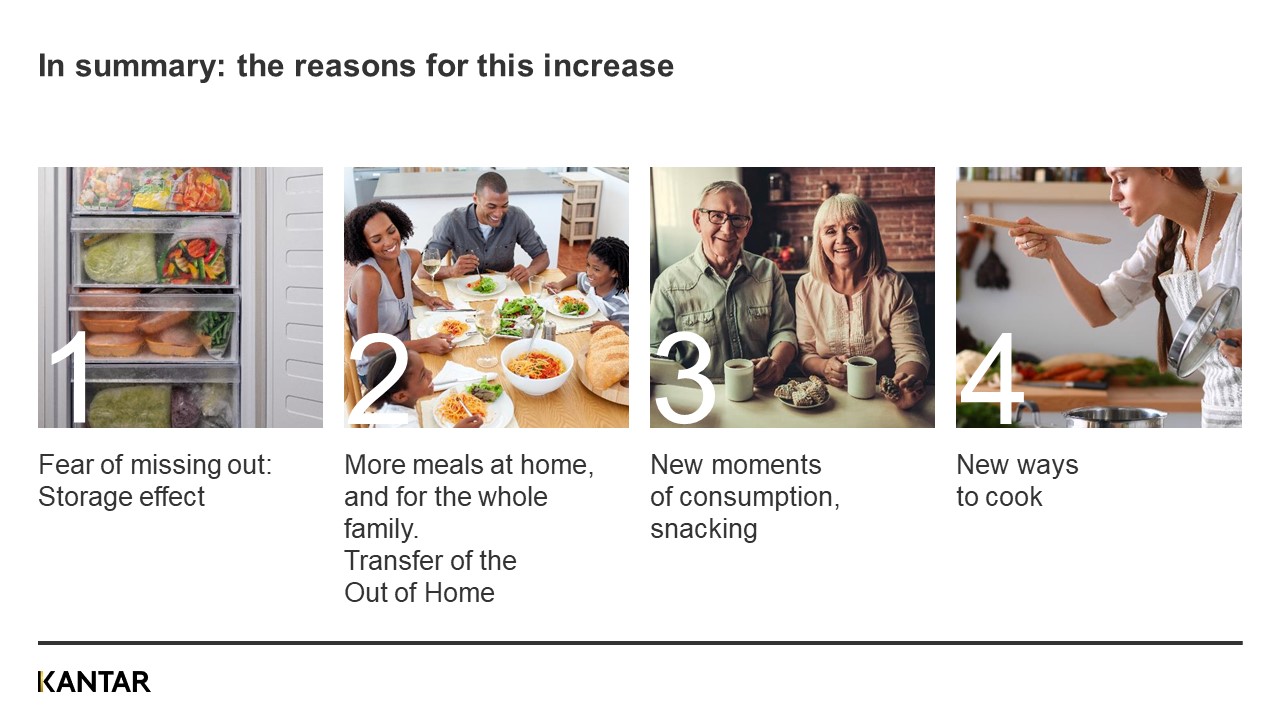 However, not all French people reacted to the lockdown in the same way. The small, middle-aged households of the Paris regions prepared the most for lockdown. They were more anxious and also, due to living in apartments and eating out of the home a lot, they weren’t used to keeping much food in stock. In terms of categories, there is a clear drive to return to basics, for example long-life and homemade products. There is also a focus on hygiene in the home to fight the virus and also some comfort eating for example snacks and aperitifs. Some non-food markets are also affected. Working from home has a significant impact on people’s personal care routines with 20% no longer wearing make-up. In general, there is less attention on personal appearance: only 10% continued to buy clothing online or in hypermarkets/supermarkets, while 46% dress casually with 12% staying in their pyjamas all day.

Buying less, but buying better, has been a key trend across France in recent times. In the current environment though, this has been put on pause as the increase in food budget is really about buying more per trip.

The current economic environment has led to an increase in unemployment of 7% and a reduction in GDP of 3% for every month of lockdown. As 15% of households are now struggling to pay for their groceries, people prefer to save money. This is shown in the fact that 86% of French households are currently only buying what they need, avoiding the superfluous. Linked to this is a growing perception of an increase in food prices, currently 74% of households think that prices have increased, this contrasts with 44% in the second week of the lockdown in late March. One of the impacts of this is that private labels are growing, up 1.2% in P3 2020 compared to the year before. The converse of this is that brands are facing less loyalty from their buyers.

The perception that prices are rising is actually a reflection of several different things that are happening in the market at the moment, for example, there are currently 1.9% fewer promotions. The product mix is changing too as people shop more locally: 85% favour items made in France and visits to convenience stores are up 1.7%. In addition, as some items go out of stock, they are being replenished with more expensive versions which means that some of the necessity products are actually increasing in price by around 2.5%.

Of the key consumer trends observed in 2019, some seem to have been paused during the lockdown, while others are still as relevant as they were before. For example, focusing on a particular brand, and buying products for their green credentials appears to have been paused at the moment.

On the other hand, buying local is probably more important than it was before, and the natural trend which includes cooking from scratch as well as buying natural products appear to be in growth. A fifth trend is about responsible consumption and this appears to still be strong, particularly with regard to the societal focus. Kantar research shows that 87% of French people who were aware of initiatives by retailers and brands to fight the pandemic agreed that this was a good thing to do.

While the hypermarkets and discounters face declines of -2.3% and 0.6% respectively, there is growth for other retail formats including supermarkets +1.4%, convenience stores +0.3% and online +1.2%, during the lockdown.

Online has won a lot of new customers, 2.5 million so far, contributing 79% towards its growth. Of these, 30% who have tried online shopping plan to return.

Avoiding contact is a high expectation of French households in the current environment: 86% want to avoid touching products on the shelf and 88% tend to avoid shopping when they know there's going to be a lot of people. This means that new ways of shopping such as click and collect, shops without staff and artificial intelligence in store are increasingly attractive as are things like direct to consumer. The COVID-19 period is changing the buying patterns of consumers and means FMCG players need to respond with new capabilities and offers.

There are some clear challenges ahead and much is still uncertain, but some of the key areas that FMCG players need to consider are:

Get in touch with our experts if you would like to learn more on French FMCG trends.