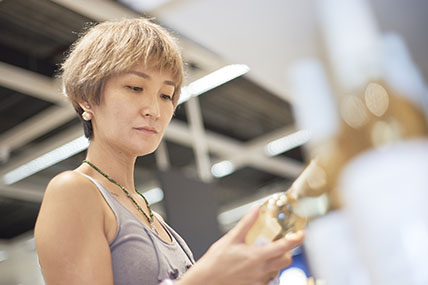 History doesn’t repeat itself, but it often rhymes.

More than 30 years ago, when China had just opened up to the world, the label of “imported” stood for high quality, good taste and luxury. As a result, imported goods automatically jumped onto the top of every Chinese consumers’ wish list.

Fast forward to today’s China and there are increasing reports of global multinational companies being defeated by home-grown Chinese giants, rather than the other way around. However, that’s not the full story.

The overall FMCG market has entered a long period of simmering growth: in Q3 2016 it grew only 3.6% year on year, compared with over 15% in Q3 2011. But imported FMCG remains one of the few bright stars in the Chinese market.

In the 12 months ending June 2016, 93.3% of urban Chinese families had purchased or received imported FMCG goods as gifts, 3.1 percentage points higher than in the same period in 2014 and equivalent to 5.12 million new urban families. In the same period, sales/consumption of imported goods also grew 18% compared to 2015, six times faster than the market average.

“Our data revealed that the growth in imported goods was not only driven by imported milk, but also categories such as coffee (+32%), instant noodles (+29%), snacks (+26%),” said Jason Yu, General Manager of Kantar Worldpanel China. “In the non-food categories, hair care, personal wash and cosmetics also had significant and strong growth.”

Despite the growth of imported products across all channels, e-commerce and work unit/gifting achieved a particularly strong performance. Sales of imported goods through e-commerce grew 60% year on year, while gifting accounted for almost one third of the imported food Chinese consumers bought/received in the 12 months ending June 2016.

“Chinese consumers like to give imported products as gifts when they visit families and friends, because it demonstrates good will and hospitality,” Jason added.

Over the past few years, Kantar Worldpanel also observed growth for imported food outside of the tier one and two cities. Imported food is growing strongly in lower tier cities as the products become increasingly accessible to consumers through different channels, especially e-commerce. Kantar Worldpanel believes the development of cross-border e-commerce, as well as key platforms such as Tmall.hk and JD.com, are fueling the rapid expansion.

The strong growth of imported brands has been driven by Chinese consumers’ desire to buy more high quality, premium products. But for Chinese brands it also means that in their domestic market they are facing increased competition from abroad.